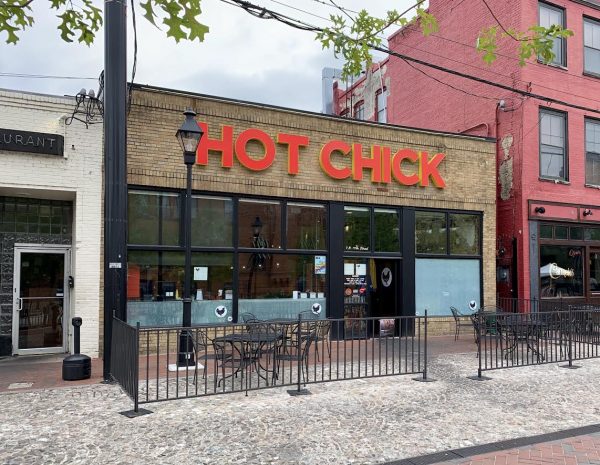 Hot Chick, which opened in January in Shockoe Bottom, is opening a second location in Winterfield Crossing in Chesterfield. (J. Elias O’Neal)

Chris Tsui is expanding yet again in the suburbs.

The restaurant, which will be the group’s 14th and its second Hot Chick location, is set to take over 2,800 square feet in a retail strip building fronting Midlothian Turnpike. Tsui expects to open it during the first quarter of 2020.

“Midlothian is beginning to gain some traction when it comes to new dining options,” Tsui said. “We like the area and we love the shopping center … People have really taken to Hot Chick and we thought this was the right place for us to open this location.” 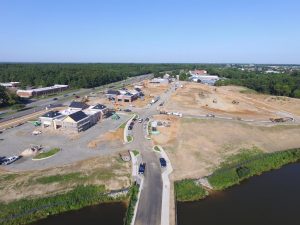 The original Hot Chick opened in January in the former River City Diner space at 7 N. 17th St. across from the 17th Street Farmers Market in Shockoe Bottom.

It serves a variety of chicken dishes and sandwiches, including its signature classic chicken sandwich that’s served with dill pickles, smoky honey mustard and spicy honey, and its buffalo chicken mac-n-cheese made with chicken, baked macaroni and cheese, celery and green onions.

Tsui said he hopes to hire about 50 full- and part-time workers to staff the location upon its opening. It also will include a bar, and inside and patio seating.

Peter Vick and Harrison Hall of Colliers International represented Blackwood in the lease.

EAT owns 11 restaurants (and will add three more by 2020) across the region, including Fat Dragon and Boulevard Burger & Brew in Scott’s Addition, Osaka Steak & Sushi in Henrico and Fatty Smokes barbecue restaurant near Jackson Ward.

The company also has been on a leasing hot streak in the suburbs, snapping up spaces to roll out several of its existing concepts in the counties.

Aside from Hot Chick in Chesterfield, Tsui said Wong’s Tacos, a sibling to the original Wong Gonzalez concept at 412 E. Grace St., is set to open by year-end at GreenGate in Short Pump. Pizza & Beer of Richmond (PBR) , which first opened in Cary Street Station in the Fan about a year ago, is poised to open its second location in the future Shoppes at Rutland Place near U.S. Highway 301 and Rutlandshire Drive in Hanover County in mid-2020.

Expanding into the suburbs is part of EAT Restaurants’ growth strategy, as it tries to target areas where appetites are strong for new non-national chain concepts.

“There are several chains that are in the suburbs, and I think you’re seeing people look for something else to meet their dining needs,” Tsui said. “That presents us with an opportunity.”

Then there’s the ever-growing number of restaurants opening in the city, driving up competition and making it harder to increase revenue given strict competition for customers and talent.

“That plays into this too,” Tsui said. “There’s a lot of competition in the city that you don’t see in the suburbs … That makes opening a second location in these places attractive.” 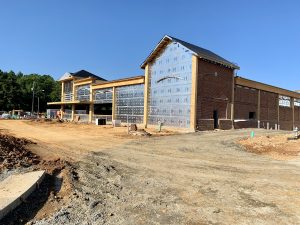 Once completed, Winterfield Crossing will house 100,000 square feet of retail and restaurant space, a mix of 238 market-rate units and up to 240 age-restricted apartments, and 30,000 square feet of office space development along Midlothian Turnpike.

It also has signed on Starbucks, Carytown Bicycle Co. and Aldi.

Tsui is a smart, smart man. So many ‘younger’ people are beginning to move out into the suburbs looking to start their families. These people are coming from Richmond city where the dining choices are much more unique and local… and then they realize there isn’t much of that out here. Driving into the city to get food is a pain. So thanks to those who already placed a bet on Midlo and thanks to EAT for doing the same. They will have great success and I will be a frequent customer!