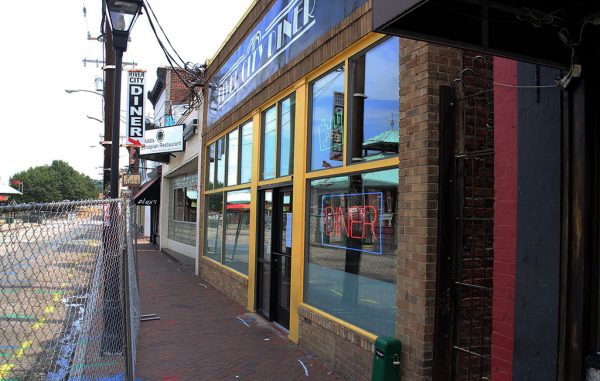 A local restaurant group’s appetite for expansion has spread to Shockoe Bottom.

Chris Tsui’s EAT Restaurant Partners is set to purchase the River City Diner at 7 N. 17th St. The company plans to rebrand the eatery and capitalize on its location across from the 17th Street Farmers Market, which will begin a $3.5 million renovation this week.

Tsui and original River City Diner owner Scott Poates plan to close this week on the sale, which includes the building and restaurant equipment. Broker Austin Newman with Colliers International is representing Tsui in the deal. Ryan Rilee of One South Commercial represents Poates.

Neither side would disclose the purchase price. The diner closed Wednesday ahead of the deal, which was announced at a Wednesday press conference.

Tsui will introduce a new concept and name for the restaurant, which he did not disclose.

“Thanks to Scott Poates, we were able to take over this iconic building,” he said. 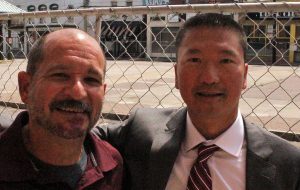 The diner has been a mainstay in Shockoe Bottom since opening in 1994.

Poates and his business partners still own and will continue to operate River City Diner locations at 803 E. Parham Road in Henrico County and 11430 W. Huguenot Road in Chesterfield County.

“For me it’s about getting my life back,” Poates joked. “My wife, Anne, is retiring from the Henrico County school system and I want to spend more time with her.”

With EAT expanding its reach into Shockoe Bottom, Richmond city leaders are banking that Tsui’s leap into the neighborhood and $3.5 million in farmers market improvements will jumpstart additional private investment in the area.

“When the government makes this sort of investment, we’re hoping for a return on that investment,” Mayor Levar Stoney said.

“From there, the goal is to provide a path straight to the Capital building,” Welliver said. “This is going to become much more pedestrian- and bike-friendly as we continue to make improvements to Shockoe Bottom.”

Tsui said planned improvements to the Farmer’s Market area drove his restaurant group to the neighborhood.

“After hearing about the investment in the area, we were really looking for a property in this area,” he said.

The spot in the Bottom will add to EAT’s holdings , which includes Foo Dog, Far Dragon, Boulevard Burger & Brew and several others. Tsui has another deal in the works with Monument Cos., a developer with which he has frequently collaborated, for a new restaurant at 326 E. Broad downtown. 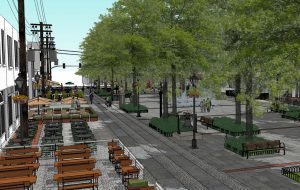 And other businesses are flowing backing to the Bottom.

Paul Keevil plans to open Café Clang in coming months at 29 N. 17th St., in between his two nearby restaurants, Lulu’s and Tio Pablo Taqueria.

E.J Lewter Jr., with the help of his parents Eric and Brenda Montague Lewter, plan to transform the former Vision Ultra Lounge at 1718 E. Main St. into Montalew’s – a cigar bar and restaurant.

Tsui said the wave of investment is a good sign for business.

“I think Shockoe Bottom is the next hot destination in Richmond,” he said. “We are happy to be here.”

Congratulations to Colliers Austin Newman and Chris Tsui for recognizing this opportunity. Austin has made significant contributions to the Colliers team since joining us, especially with his knowledge of the downtown market.