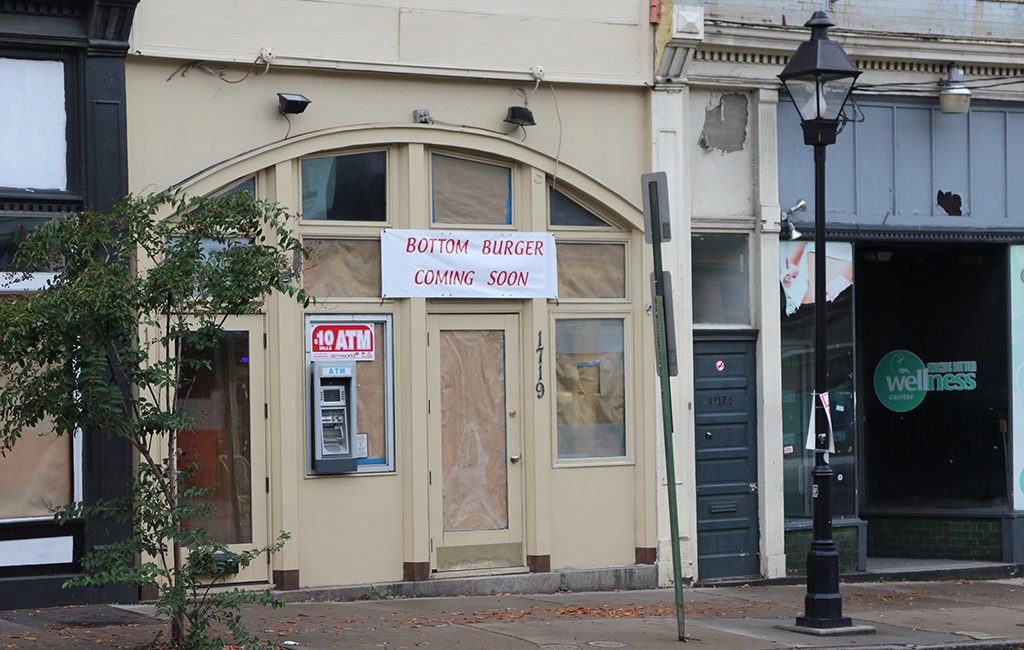 A first-time local restaurateur whose family has run bars in Shockoe Bottom is striking out on her own on East Main Street.

Farooque said she developed the concept for the restaurant after serving as her family’s “griller-in-chief” during holidays and events with her family.

“I would always be the one coming up with different ways to make burgers,” Farooque said. “I wanted to do something creative and do something different.”

The restaurant, which will seat about 40 people, is set to open by the end of November with a staff of about 10. Michael Shaia, a broker with Richmond-based Cushman & Wakefield | Thalhimer, represented Farooque in the three-year lease signed earlier this fall.

This is Farooque’s first restaurant venture, but not her first foray into the Richmond dining and entertainment scene. She helped her parents operate MoFauzy’s Lounge at 1814 E. Main St., and Visions Ultra Lounge & Restaurant at 1718 E. Main St. in Shockoe Bottom, both of which have since closed.

Overall, Farooque is investing $30,000 of her own capital into Bottom Burger with much of the renovation work being completed in-house with the help of family friends.

Bottom Burger will give customers the option to build their own burger from the bottom up – starting with their choice of meat, cheese, veggies and condiments.

Bottom Burger will also feature other entrees and dishes that include grilled and fired chicken sandwiches, shrimp and fish Po’boys, and wings. The restaurant is also set to serve a number of craft beers from area breweries on tap, and is awaiting and ABC license to fill growlers at the location.

Given her family’s experience in the Shockoe Bottom night life scene, Farooque said she has seen a lot of change in the neighborhood.

“There is a real opportunity for restaurants to be successful in this area,” she said. “I want Bottom Burger to be the neighborhood’s place to gather and enjoy good food.”

She’ll join a few new restaurants looking to stake their claim in the area.

Mijas, an upscale Mexican eatery by local restaurateur Carlos Londoño, will soon fill the roughly 4,500 square feet at 1218 E. Cary St. that until recently was occupied by La Grotta Ristorante.

There’s also some nearby competition for burger lovers, with Station 2 up the street at 2016 E. Main St.

Best of luck to them. The restaurant business is a tough business to sustain but if done right, with the right mix of customer service and good food, it can become a solid one. Unfortunately in banking we see a ton of them fail.