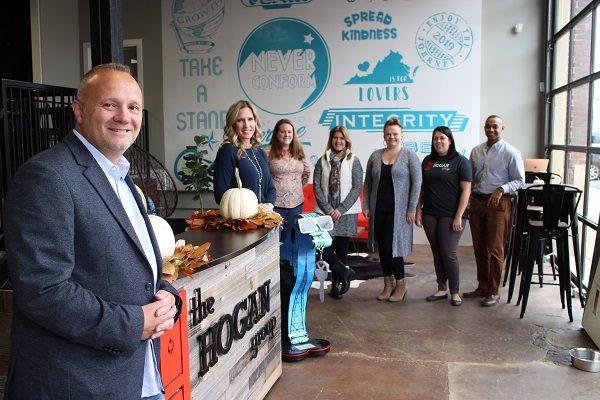 After a five-year run with a national brand, a local residential real estate team has broken off to create its own brokerage, complete with an office move to the city’s hottest neighborhood.

The Hogan Group, previously with Texas-based Keller Williams, is now The Hogan Group Real Estate, an independent brokerage of about 40 agents that’s based in Scott’s Addition.

Broker Mike Hogan, who formed the team in 2014, said the decision to form his own firm was made in light of an evolving industry.

“The real estate industry is going through a massive upheaval right now. There are a lot of new players and business models,” he said. 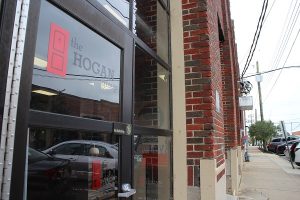 The group moved into 1707 Summit Ave. in March.

As part of that transition, Hogan has moved his office from its previous spot in Mechanicsville to 1707 Summit Ave. Suite A, a 4,500-square-foot space beside Isley Brewing Co. The team was previously based at 7374 Creighton Parkway.

Hogan leased the space earlier this year from landlord High Summit Holdings, an LLC owned by local developers Charles Bice and Birck Turnbull. The ground-level space previously housed Health Warrior, which moved up the street to the redeveloped McKinnon and Harris building after its acquisition last year by PepsiCo.

“We wanted to be in the center of where the growth is, and it worked really well for my agents,” Hogan said. “We’re central to everywhere, so it’s easy for our agents and clients to get into. And, it’s a cool space.” 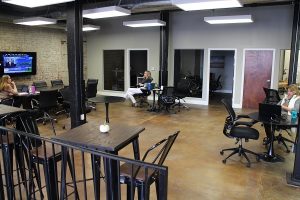 The brokerage was awarded its real estate firm license in late September. Hogan said the process also involved establishing an LLC and transferring listings in various multiple listing services across the state.

The company currently has 45 active listings and has closed nearly 600 transactions this year, Hogan said. He said it’s on track to close 775 by year’s end.

Agents signed on with Hogan pay 20 percent of commissions to the brokerage up to $10,000. If agents reach that $10,000 cap, Hogan said commission shares are determined based on lead generation.

“We provide leads to our agents, and we essentially do a commission share off of those leads,” Hogan said.

“We’re operating as what I call a ‘teamrage,’” he said. “We’re basically taking the whole concept of a team, which is the most profitable model in real estate, and turning it into a brokerage.”

A licensed agent since 2005, Hogan said his group tends to focus on price points ranging up to $600,000. He said it also has a luxury homes division.

Hogan said he got his start in the industry in the late 1990s, flipping homes and buying up rental properties. A Longwood graduate, Hogan grew up in Lynchburg and came to Richmond to attend VCU, where he got his MBA. He said he’s been selling real estate wholeheartedly since 2010 after getting his broker’s license the year before.

Hogan isn’t the only residential real estate group on the move in Richmond. Newport News-based Liz Moore & Associates, which entered the local market three years ago, is building a new office at Charter Colony Shopping Center in Midlothian.