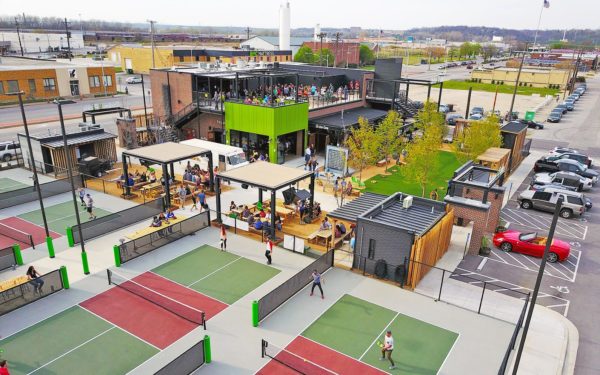 When scouting sites in Richmond for their new business idea, Charlottesville residents Barrett Worthington and Megan Charity noticed something about Manchester.

The new apartment buildings, a renewed interest in the neighborhood’s historic commercial district and quick access to downtown all piqued their interest.

But they also noticed something missing: a wealth of entertainment options in the growing Southside neighborhood. 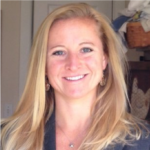 “There is so much that is happening in Manchester,” Worthington said. “The first thing you notice is the volume of apartment development, and the number of people that live there, but besides a couple of other places, there’s not much down there.”

They want to change that with Rally, a hybrid entertainment and social venue in the works that will combine three concepts: pickleball, a full-service restaurant, bar, and cafe.

Rally is slated to rise along the Hull Street corridor in an undisclosed location, for which the group has a tentative letter of intent with an undisclosed developer. It would be owned by Charity, Worthington and other investors.

Once the location has been finalized, as planned by year-end, Worthington said the they hope to break ground on Rally in spring 2020, with construction taking 10 to 12 months. 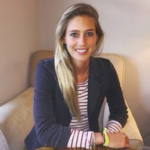 “It’s the perfect location for what we wanted to bring to Richmond,” Charity said.

Rallying around an idea

Pickleball is a cross between badminton and table tennis. The game is played with two or four people, using solid paddles to hit a holed plastic ball over a net.

It is growing in popularity across North America. Worthington and Charity learned that first hand in Charlottesville, after they got into business together in 2017 with the launch of an app called Weigo.

“It was designed to be a platform to help connect tennis and pickleball players to coaches and events around the Charlottesville area,” Worthington said of Weigo.

But when they launched the app, they were surprised by how many users used it for pickleball rather than tennis.

That led Barrett, a UVA Darden School of Business alumna, and Charity, an internationally ranked pickleball ball player and certified coach, to start Picklefest in Charlottesville November 2017. The local pickleball tournament and showcase sold out in less than two weeks.

The pair would later follow up with a bigger event – PickleFest Experience — in June 2018. The four-day event drew sponsors, including Bold Rock Hard Cider, along with participants from all over the U.S.

“It was insane,” Charity said. “We had such a strong interest in the event, and had people from all over the country come to participate.”

Added Worthington: “We always broke even with the event because most of the money went to paying the venues. But it was unquestionable that this was a sport that could generate revenue if paired with the right concepts.”

They believe that concept is Rally, which they created after learning of Chicken N Pickle, a pickleball restaurant concept established in Kansas City about three years ago.

Chicken N Pickle has since expanded across the Midwest and Mid-South, with new locations planned in Oklahoma City and San Antonio, according to its website.

They chose Richmond over Charlottesville mainly due to its larger, less-seasonal population.

“This is an opportunity to really put Richmond on the map, and could become a big draw to the area,” Worthington said. “You’re not going to find a concept like this anywhere on the East Coast. It’s inclusive, it’s fun and we think Manchester is ready.”

For the food side of the business, Worthington and Charity have teamed up with veteran Richmond restaurateurs Jason Alley and Michele Jones.

“They are very good at what they do,” Worthington said of them. “When we were connected to them, and explained what we were looking to do, they were on board to join us.”

Alley said he and Jones have been looking for an opportunity to bring a restaurant concept to Manchester for years, but admitted finding the right venture to fit the neighborhood’s dynamics proved challenging.

“Their concept is something that the neighborhood needs,” Alley said of Rally. “It was the perfect ‘eater-tainment’ mix that we were looking for, and we’re stoked about being part of Rally and finally, finally bringing a concept to Manchester.”

Alley and Jones are familiar with eater-tainment concepts. They teamed up with Saison owner Jay Bayer to open Bingo, a restaurant, brewery and arcade at 2900 W. Broad St. in Scott’s Addition.

Alley said he and Jones would have a minority stake in Rally, but would not disclose any further details about the dealings.

“We wanted this to be a venture that was operational all day. We just didn’t want this to be a lunch and dinner, afternoon and evening only business,” Worthington said. “As part of our business plan, we wanted to offer residents and people who work nearby, a place to grab something fresh in the morning.”

The land of OZ

Worthington and Charity are looking to raise $3.7 million in private equity in initial funding for Rally, with plans to seek an additional financing for construction through a lender.

For the private equity side, the pair has teamed up with Opportunity Virginia, an organization that links investors with business and real estate opportunities that sit in Opportunity Zones.

There are about 212 Opportunity Zones in Virginia, according to the Virginia Department of Housing and Community Development. While the program was created to help economically depressed areas, the Virginia zones chosen include several increasingly popular neighborhoods across Richmond, including Manchester.

Worthington and Charity made a pitch to potential investors during an Oct. 22 event hosted by Opportunity Virginia at the University of Virginia in Charlottesville.

Manchester is becoming one of the hottest neighborhoods for Opportunity Zone investment in the city.

The Current, a $68 million, two-building office, retail and residential project on a 2-acre surface lot at 400 Hull St., is using OZ funding.

Developers Fountainhead and WVS Cos. are also using OZ funds to complete a series of residential and office towers planned for the neighborhood at 111 Hull St. and 3 Manchester Road near the Mayo Bridge that would total nearly $200 million in investment.

Worthington and Charity originally planned to place Rally in Scott’s Addition, but were turned off by the number of entertainment, dining and brewery destinations in the neighborhood, along with the high cost of viable sites.

They turned their search to Manchester.

“We could make the numbers work in Manchester with the price of real estate and it being in an Opportunity Zone,” Worthington said.

They have not chosen a general contractor yet to build Rally. They have retained Charlottesville-based architect Allison Ewing.

The design will incorporate plenty of garage doors and skylights, an open courtyard and outdoor beer garden.

“The idea was for it to feel very indoor-outdoor,” Worthington said.

They intend for the Manchester Rally to be a flagship location, Worthington said, with plans to expand the concept through Virginia and possibly along the East Coast.

“Our goal is to get the model down right in Richmond,” Worthington said. “We would then look to other markets to expand; our target cities would be midsized, millennial-friendly, have an active/outdoorsy culture, and a strong or budding foodie and craft beer scene.”

Correction/clarification: An earlier version of this story incorrectly stated that Rally would have outdoor pickleball courts and a coworking space. The courts would be indoor and the venue wouldn’t have formal coworking space initially, but rather first-come-first-serve areas in its cafe in which customers can work.

Wow, this is so exciting. Thanks to many years of hard work by Linda and Dave Scott (whose efforts brought the first eight dedicated courts to Rockwood Park five years ago) and countless others pickleball took off in Richmond, and there are now a whopping 46 dedicated public courts in Chesterfield (26), Henrico (12) and Richmond (8). This far exceeds any other location in Virginia. These courts are often packed and the game has exploded locally in the past few years, this had to factor in the decision to locate here (and not, say, NOVA or Hampton Roads). Charlottesville has… Read more »

As a pickleball player, this is a great idea !

Tey have this at my gym, I’ll have to try it

This sounds fun. No knock on this business at all, but how can Manchester support 40,000 SF of pickleball but not a grocery store? Is it an apples to oranges comparison? Are grocery stores just not attractive to the kind of private equity investment incentivized by opportunity zones? Wouldn’t that be a failure of an incentive structure that is supposed to help residents in distressed communities?

Hi Evan, yes, I think it is apples and oranges. While I would love to see an Aldi pop up in this area Rally is a unique entertainment destination, while a supermarket is more of a commodity, something everyone uses. Supermarkets simply don’t have to make themselves conveniently located, while Rally has to consider a lot of factors for their one and only location. Manchester is both affordable and on top of downtown, it has the potential to draw a good crowd to an up-and-coming but not quite there yet location.

Is there any update on this? Did Covid kill these plans?