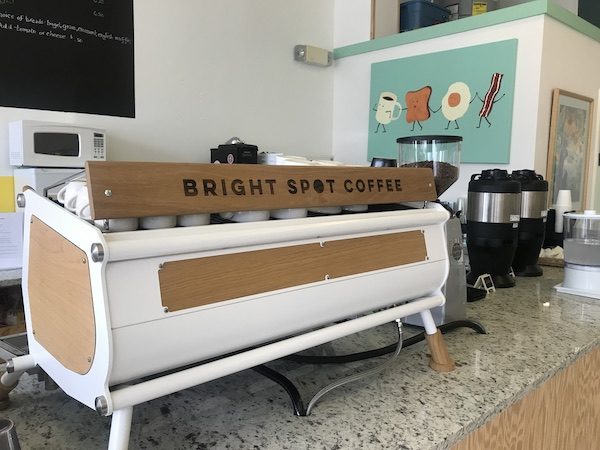 The former owners of two Midlothian ice cream shops are now in the coffee business, after a shakeup at a new local roaster.

The married couple stepped in to take over Bright Spot after founder Eli Thompson decided to step away just prior to the shop’s opening.

Thompson founded Bright Spot in 2018, and ran it as an online business and wholesaler before signing on for the brick-and-mortar location in Lakeside last spring. 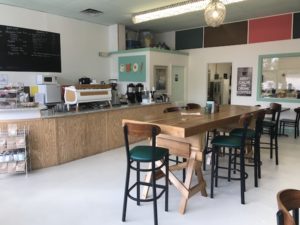 The cafe, located a few doors down from Final Gravity Brewing Co., has seating for about 30.

Thomas and Watkins owned two Bruster’s Ice Cream franchises in Midlothian for nearly 20 years. After selling the shops in June, Thomas said she wasn’t quite ready to sail off into retirement.

“John was happy to just chill for a while, and I’m not that person,” Thomas said. “I started thinking, ‘What do I do next?’ I started thinking about coffee shops being something to get into.”

Thomas said she and her husband knew Thompson through family connections and started talking to him about advice on the coffee industry. The conversation shifted after their initial meeting.

“The second time we talked to (Thompson), he wasn’t sure what he wanted to do with (Bright Spot) and wasn’t sure he wanted to go forward with it,” Thomas said. “So I thought, ‘bingo,’ it’s an establishment that’s already here.”

In September, Thomas and Watkins bought Bright Spot’s assets, including its coffee roaster and espresso machine, and took over the lease in Lakeside.

“We got a commercial oven custom-made and I’m doing the baking, and John had to learn how to roast coffee and started roasting,” Thomas said. “When we had the Bruster’s, I ran one and John ran the other. It was best to keep it separate and have a division of duties.”