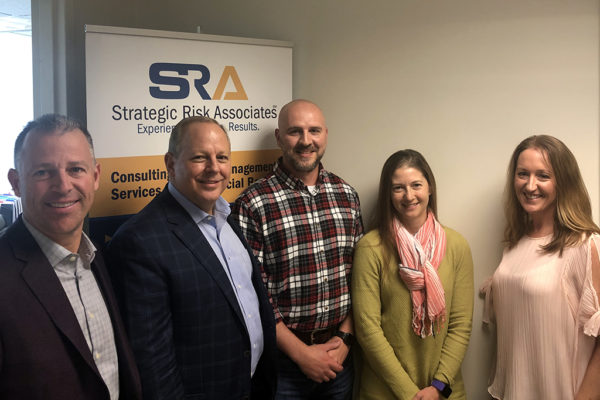 Since its founding in 2008, Strategic Risk Associates has helped banks of all sizes manage their risk.

Now, in the midst of a much healthier banking market, the Innsbrook-based firm is taking a broader multimillion-dollar push into the software business as it continues its post-recession evolution.

SRA co-founder and CEO Michael Glotz said the cash infusion will be used to fuel a national rollout of the firm’s SRA Watchtower software, which helps automate the process of identifying and tracking certain risk indicators, such as the amount of past-due loans on the books or amount of on-hand cash and liquidity.

The software then produces reports for a bank’s executives and board to use in decision making.

“Banks have between 100 and 400 indicators that they’re tracking and we’re automating that process,” Glotz said. “Today our clients are using Excel spreadsheets and PowerPoint to track those.”

SRA has been slowly rolling out Watchtower in the last three years to a few dozen of its bank clients, including local players such as TowneBank, Virginia Commonwealth Bank and Sonabank.

With the capital in hand, Glotz said the firm is aiming much higher than a few dozen.

“It’s our goal to go from 30 banks to 500 over the next four years,” Glotz said. “The additional capital helps us to increase our sales staff from three to 10.”

Watchtower is a second line of business for SRA, adding to its original consulting business that launched initially focused on helping struggling banks turn around in the wake of the recession. That practice has evolved to M&A advisory work as banks’ health has improved. It now counts more than 100 banks as clients, ranging from small upstart banks to credit unions, and up to as large as TD Ameritrade.

Neither SRA or Decathlon would disclose an exact amount of money exchanged between the two sides, but Glotz said it involves revenue-based debt and does not involve SRA giving up any equity.

He said the funds would be paid back with a percentage of the firm’s revenue each month – 3 percent the first few years and 6 percent thereafter until it’s paid off.

Glotz said the firm, which expects revenue of $4 million this year, had funded the development of the software on its own up to this point. It has spent untold millions of dollars to do so, he said. The VC-funded ramp-up is aimed at cornering a market that he said has no other clear competitors at the moment.

“We’re growing at a moderate pace right now, but wanted to take on capital in order to quickly expand,” he said. “It’s our goal to take as much market share as possible, before other competitors come in the market and offer a similar product.” 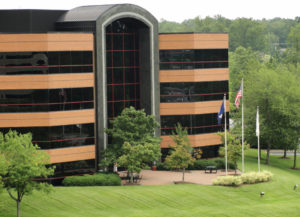 SRA is headquartered out of the building at 4701 Cox Road in Innsbrook. (Submitted)

SRA has 25 full-time employees and also uses contractors. In addition to its headquarters at 4701 Cox Road in Innsbrook, the firm keeps offices in Dallas; Northern Virginia; Omaha, Nebraska; and has staff in Atlanta and New Jersey.

Glotz said its biggest growth market is Texas, led by Houston and Dallas.

It will look to add a sales presence in Boston, Chicago, Los Angeles and San Francisco, and potentially in Florida.

As for the state of the regional banking market, Glotz said times are good, especially compared to when the firm launched in 2008.

“We see the regional banking market as strong as ever,” he said. “There’s good profitability, moderately good loan growth. Almost all of our bank clients are challenged to attract core deposits, which is really the fuel for growth.”

He said that’s a nationwide trend due in part to the low yields banks are able to pay on deposits and alternatives, such as stocks and bonds, which can pay a better return.

Glotz said the level of bank mergers and acquisitions has tapered off somewhat, but hasn’t gone totally dormant.

“It has slowed down, but there’s still a fair amount of activity in terms of banks looking at other banks. At this point in the recovery, banks are pretty much fully valued at this point. You could find deals in the recession, but now banks are demanding a pretty good valuation if they are going to sell.”