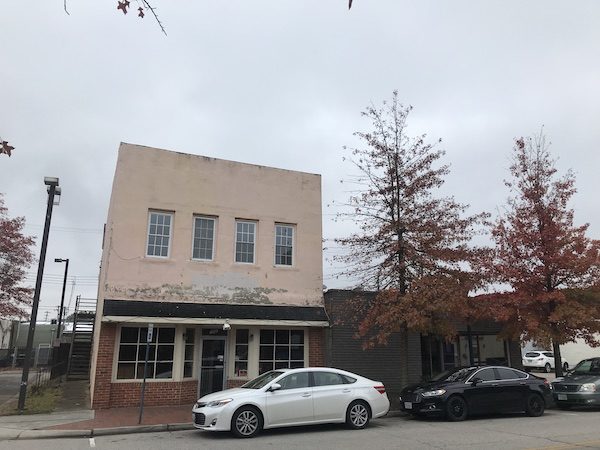 The brewery wave is coming ashore in Hopewell.

Work is about to begin on Good Ship Brewing Co., a brewery and restaurant concept at 204-208 E. Cawson St. in downtown Hopewell, across the street from the Beacon Theatre.

Donnie Barber, a Hopewell native and resident, is behind the project. It would be the city’s first brewery.

Barber said he’s been assembling a team of other local restaurant and brewery veterans for advice and to help get Good Ship off the ground. They include Trapezium Brewing Co. co-founder Michael Blevins and Saucy’s BBQ head chefs Erich Wolfgang and Christina Dolfi. 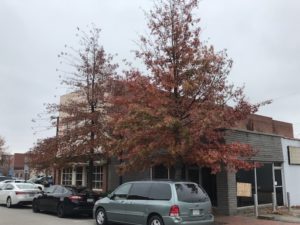 The brewery will be 12,000 square feet total upon completion. (Mike Platania)

“I got a really good team together that’s up with the current events in restaurants and breweries,” Barber said. “I’m just the guy behind the scenes with a dream and the checkbook.”

Barber, who got his master’s in finance from Virginia Tech, said he’s been in the construction and house-flipping business for a few years, and began plotting Good Ship about a year and a half ago.

“I started researching what kind of development was going on besides residential, and when I started looking in downtown Hopewell, I saw that there’s all this room for growth,” he said.

“When you develop a team, you kind of trust your team and listen to them. That’s how I decided to go for the other building. It was a must that we have it,” Barber said. 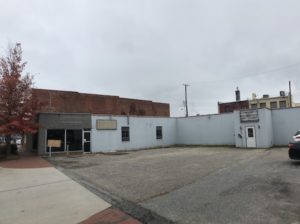 Barber said the buildout for Good Ship will cost about $2 million and that he’s pursuing historic tax credits to help finance the project. 510 Architects is designing the project.

Barber said they’re currently going through the architectural review process for the historic tax credits, and if all goes as planned he hopes to have Good Ship open in October 2020.

Good Ship will brew with a 5-barrel system and have about 20 different beers on tap. Barber said they’ll focus on taproom sales before going into packaging and distribution.

“I’m calling it upscale bar food; that’s the kind of direction we’re going in,” he said. “I don’t want to be as upscale as The Boathouse but also don’t want to be a routine barbecue joint. We want to fit somewhere right in the middle.”

Barber referenced The Boathouse at City Point restaurant, which opened in 2017, as part of an effort to bring resurgence in commercial activity to Downtown Hopewell.

Since then a handful of other new businesses have popped up in Hopewell’s business district near East Broadway, including Wonder City Bakery, Legacy Roasting Co., Paddy’s Irish Pub, Guncotton Coffee & Gallery, and Haley’s Honey Meadery.

“I’m looking at it as something for the city,” he said. “The Beacon has tons of shows and people walk out and have nowhere to go.”