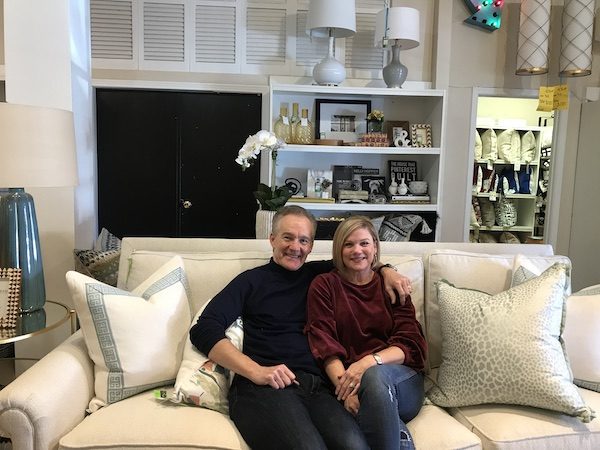 One of the bigger storefronts in Carytown is set to become available next year as the owners of a longtime Richmond home goods shop head into retirement.

Ruth & Ollie will close in March as owners Mike and Kat Liebschwager retire and move to Florida, the couple announced this week.

The Liebschwagers started the furniture and home decor shop in 2006 in the Libbie-Grove retail corridor before moving to Carytown in 2008. They said that after 13 years, it’s bittersweet to be closing the shop.

“We’re going out at a time when we felt we needed to, even though the store’s doing wonderfully,” Kat said. “We love our customers and adore our staff, but it’s just a time that we needed to move on.” 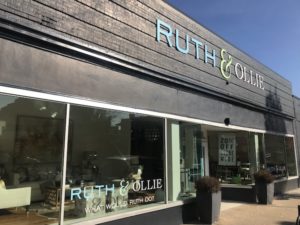 The furniture store with close next March after 11 years in Carytown.

Ruth & Ollie’s lease on the 9,400-square-foot space at 3108 W. Cary St. expires in May. Kat said they’d be open to selling the business in lieu of closing it if the right offer came along.

“We purposely didn’t put the business up for sale because we just didn’t want word getting out or our staff finding out not from us,” Kat said. “But if somebody came to us and wanted to buy it, we would entertain the offer.”

Prior to Ruth & Ollie, the space was home to Leo Burke Furniture. The Burke family still owns the building.

The shop, which is named for Mike and Kat’s grandmothers, is known for its evocative window displays near the intersection of West Cary Street and South Belmont Avenue.

“The asset of having these windows and being at a stoplight, as old-school as that sounds, has just been remarkably beneficial,” Mike said. “Kat came up with the idea long ago that we had to change these windows monthly.”

Ruth & Ollie is on the same block as national retailer West Elm, which opened last year in the old W. Hirsch Oriental Rugs space. The Liebschwagers said they never really competed with West Elm due to their different price points, nor did e-commerce affect them too much.

“We don’t think the internet has impacted us — maybe it has and we’re blind about it — but we’ve done well because our business is one that people want to touch it, feel it, see it and get help putting it all together,” Kat said.

The Liebschwagers were quick to give their staff of seven, most of whom have been with the company for between five and 10 years, plenty of credit in helping build the business.

“It may sound like we’re just being overly complimentary, but it’s wildly true,” Mike said. “You’ve got to be more than a store. Anybody can go out and buy this stuff, but it’s the vibe in the store that matters.”

The couple said they will move to a town in South Florida after moving on from Ruth & Ollie next year.

“It’s a whole ‘Life’s too short’ moment. We’re going to retire when we’re young enough and healthy enough to enjoy it,” Kat said.

I hope someone makes an offer on the business. There must be people in the local furniture/home decor industry who’ve been dreaming of an amazing opportunity like this. It also seems likely the Burke family would want to see the business transition to new ownership rather than end up as a vacant property.

Someone NEW could open in the space, but I’m guessing Mike and Kat wouldn’t want to sell a business named for family. Tough decision for them but nothing but good wishes!