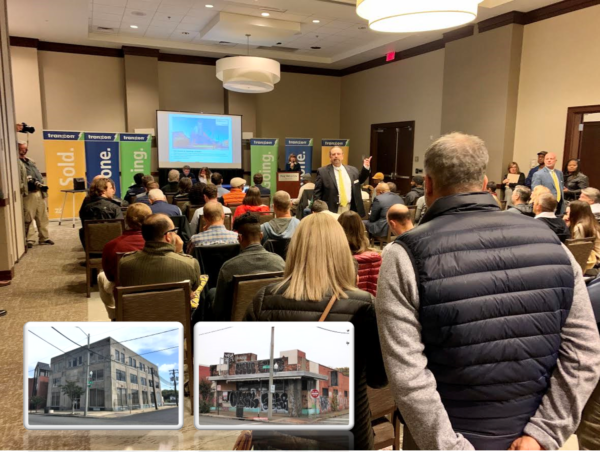 Auctioneers with Tranzon Fox work the room to secure buyers for several properties up for auction that were owned by developer Michael Hild and his wife Laura Dyer Hild. (J. Elias O’Neal)

In about one hour Tuesday, a chunk of the Southside real estate holdings tied to embattled local businessman Michael Hild were snatched up at auction.

Nearly 100 bidders and onlookers packed a conference room at the Westin Richmond Hotel as auction house Tranzon Fox sold off properties in and around the Manchester neighborhood owned by Church Hill Ventures LLC, Kingfisher LLC and Gardenia LLC.

Those entities are tied legally to Hild’s wife, Laura Dyer Hild, and the properties up for auction included some that had been targeted for seizure by federal prosecutors in Michael’s criminal proceedings for an alleged reverse mortgage fraud.

Local developer Josh Bilder grabbed the most notable property in the portfolio: the former SunTrust bank building at 1518 Hull St., along with contiguous lots at 6,8,10 and 12 E. 16th St. Bilder, known for his work in Church Hill, bought the properties for $1.65 million, plus a 10 percent commission for the auctioneer — the largest transaction during the fast-moving auction. 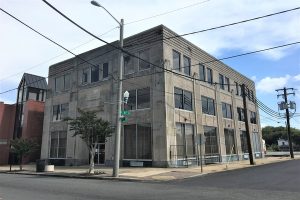 Hild’s Gardenia LLC bought the properties in August 2018 for a combined $1.35 million.

Hild had conceptual drawings produced for the site, showing a new-construction, five-story, 55-unit apartment building sitting behind the existing bank building, which would be converted into 14 additional apartments.

Bilder, who is making his first leap into Manchester, plans to stick with those plans for the site, and said he’ll look to launch construction in the first quarter of 2020.

“The next call I plan to make is to the VHDA,” Bilder said while waiting to finish up paperwork after purchasing the property, alluding to his lining up financing for the project.

Meanwhile, Chesterfield developer Don Jones of Jones Homes Custom Building picked up 1129 Hull St., home to the Bankuet Place event space, for $750,000. That’s roughly $50,000 less than what the Hilds paid for it in December 2015, according to city property records.

Kaylin Bradley, an agent with Richmond-based Clocktower Realty Group who was present with Jones during the auction, said the home developer would unveil plans for the site soon. 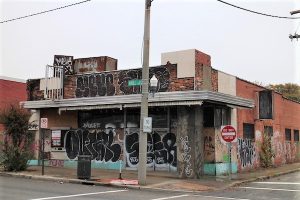 The other properties sold included:

In all, the auction brought in around $4.7 million, including a 10 percent premium paid to the auctioneer. The Hild entities paid a combined $3.3 million for the properties between 2015 and 2018.

Each buyer has 30 to 45 days to close on the properties, said Bill Londrey, Tranzon partner.

Auction proceeds are to be held in escrow until the conclusion of Michael’s criminal proceedings, which were filed shortly after the collapse and bankruptcy of his Chesterfield-based loan company Live Well Financial this summer. 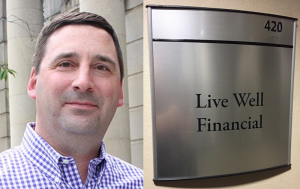 He was arrested in August on counts of securities fraud, mail fraud and bank fraud, related to an alleged reverse-mortgage bond scheme. The government claims he netted $65 million from lenders by fraudulently inflating the value of Live Well’s portfolio of complex reverse-mortgage bonds to induce lenders to loan the company tens of millions of dollars more than they normally would have.

The various Hild-related entities sought and received permission from the federal government to sell the properties with Tranzon, in accordance with a post-indictment restraining order the government put in place to preserve assets owned directly and indirectly by Hild while his case plays out.

Hild has pleaded not guilty and remains free on a $500,000 bond. His only comment publicly since his arrest last month has been through his attorneys, who stated “every business failure is not a corporate crime.”

Several of the properties on the auction block were on the list of 29 properties the government said it would target for seizure if he was convicted, arguing that those properties “constitute proceeds of Hild’s fraudulent scheme.”

Laura is not party to any of the government legal actions and has not been charged in any way.

Court documents in Hild’s case explain that the auction was sought by the government, the Hilds and their main lender, Virginia Credit Union, to preserve the value of the properties while the criminal case is pending.

The Hild’s have made a major positive mark in the revitalization of the Manchester business district and have always been good neighbors in the corridor’s efforts toward beautification, The auction has brought in some new blood. Bilder has done well in Shockoe and Church Hill, and Jones houses on Grove Avenue look like they’ve been part of the community for a century. We look forward to their continued success in Manchester.

Good neighbors???? I can find many many tenants who can tell you stories about conditions after move in. Contractors that waited a year and subs even longer to get paid. By the way why are 800 numbers ad for Live Well still running on TV? I saw a reverse mortgage with Live Well Richmond VA in the fine print! Glad for Josh too!

Bruce, I always enjoy your optimism and positivity in these threads. But, come on man, any change for the good of the neighborhood that has come from their scheme thus far is tainted because it was done with stolen money! How is that being a good neighbor? Best wishes for the new owners of these properties.

Also, can anyone explain how Laura Hild is not being indicted as well? I find it hard to believe that she is innocent of any wrongdoing considering the size of of this fraud.

Justin
They must have had a good lawyer to set up the paperwork.
I’m honestly surprised there are not more comments in here.