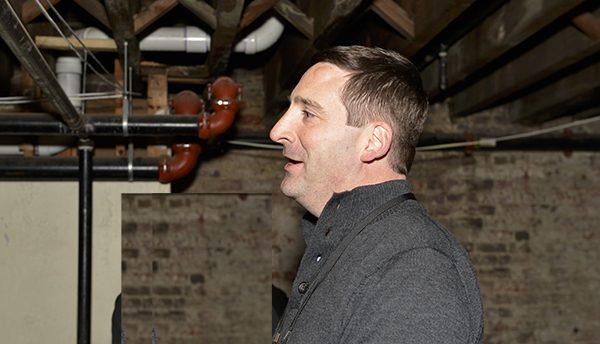 The founder of a once-fast-growing and recently shuttered local mortgage company was arrested in Richmond Thursday and indicted by a grand jury on federal charges of running a $140 million bond scheme.

The charges allege, according to government documents, that Live Well, under the direction of Hild, fraudulently inflated the value of its portfolio of complex reverse-mortgage bonds.

“Through this alleged scheme – which Hild called a ‘self-generating money machine’ – Live Well was able to borrow tens of millions of dollars more from its lenders through the securities transactions than it could have borrowed had the bonds been priced accurately and was able to fund lavish compensation packages for Hild and others,” the SEC stated.

The scheme collapsed earlier this year, authorities allege, followed by Live Well shutting down suddenly and with little explanation in May, laying off its entire workforce and leaving lenders holding the bag for tens of millions in debt. Those lenders then forced the company into bankruptcy, which continues to play out in Delaware.

Hild, 44, was arraigned and released on bond Thursday afternoon, and his lawyers promptly issued a statement.

“Mr. Hild is deeply disappointed that the Government has chosen to respond to the business failure of Live Well Financial by alleging corporate fraud,” the emailed statement reads. “He cooperated fully in the U.S. Securities & Exchange Commission’s investigation and the U.S. Attorney’s Office investigation, met with the SEC and answered its questions, and interacted extensively with the U.S. Attorney’s Office to answer its questions. While Live Well unfortunately failed, every business failure is not a corporate crime.”

Hild is represented in the civil case by attorney Vernon Inge of Whiteford Taylor & Preston. His criminal attorney is Tom McGonigle of Murphy & McGonigle.

The company had upwards of 300 employees at one point, including at an office in San Diego.

While the company did not publicly address its collapse, it said in a letter to the state upon its closure that its demise was driven by a loss of financing needed to fund its operations.

“The company requires significant liquidity to operate its business of originating, securitizing and servicing forward and reverse mortgage loans,” it stated in its letter. “Due to sudden and unexpected developments in the markets for certain financial assets the company uses as collateral or certain credit facilities that provide this liquidity, these lenders have reduced significantly the amount of liquidity they make available to the company.”

It also cited conditions in the mortgage lending market and regulatory issues as posing a challenge.

The foundation of the alleged scheme, authorities claim, was laid when Live Well acquired in 2014 a portfolio of $50 million worth of bonds and opened a bond trading desk business in New York in 2014.

The cases claim Hild and his co-conspirators manipulated a third-party financial security pricing service to publish prices for its bonds that were higher than actual market values and the company then borrowed against those inflated values.

“By doing so, the conspirators induced the lenders to extend credit to Live Well far in excess of the prices for which the bonds could be sold in the market. The inflated prices were based on a set of market assumptions that the conspirators called “Scenario 14,” the U.S. Attorneys Office alleged.

The allegations claim the scheme allowed Live Well to grow the stated value of the bond portfolio from that original $50 million to $500 million by the end of 2016.

At the time of the company’s collapse in May, the government claims the value of those bonds was written down by approximately $141 million.

Stumberger worked at the company’s bond trading desk in New York from 2014 through March of this year. The indictment also mentions two unnamed “co-conspirators” who worked at Live Well’s trading desk.

Rohr was CFO from 2008 before leaving in December 2018. Months later in May 2019, the criminal indictment claims, the company’s interim CFO allegedly refused to sign off on financial statements because he believed the value of the bond portfolio was “significantly overstated.”

Authorities allege Hild used $18 million generated from various loan proceeds to wrest full control of the company’s shares by buying out its preferred stockholders. He allegedly used that control to increase his own compensation, the government alleges.

The government said it has obtained a post-indictment restraining order to preserve Hild’s assets, “including various real properties and business interests in the Richmond area – owned directly or indirectly by HILD and, as alleged, purchased with proceeds of the scheme.”

Hild and his wife Laura Dyer Hild, who is not named in either the criminal or civil cases, in recent years amassed dozens of properties in and around the Manchester neighborhood in Southside Richmond. The acquisitions were made through LLCs tied largely to Laura. However, Hild publicly represented himself as part of the various ventures.

They’ve since redeveloped several of those properties and opened businesses in the spaces, including the recently opened Dogtown Brewing Co. brewery and restaurant at 1209 Hull St.

Well, I wonder if his holiday travel plans prompted a move.

Anyone want to start a gofundme to buy some properties in Manchester at a discount?

Couldn’t happen to a worse person. This guy is a total fraud, scam artist, bully p.o.s who built a faux empire on scams and lies. He deserves significant jail time in a real jail, not a white collar jail

Horrible human being. I think a lot of people in Richmond have a Mike Hild story – and none are good.

Would you two, Don and Randy, or anyone else, care to share some “alleged” details?

https://wtvr.com/2019/07/23/couple-moving-out-of-richmond-home-to-escape-violence-neighbors-brandishing-guns/ – and this pales to some of the things I’ve personally witnessed from him.

Ok thats a bad situation, but unless Hild owned the drug house next to his property how much of that is his fault?

I never want more GOVT but how can these low rent lawyers always claim the feds are just going after the wrong guy, the poor schmuck who just made bad business decisions caught up in a giant misunderstanding??

Why, despite the lying and deceit by the accused do the feds usually have the right guy and at the end of the day uncover a rather fraudulent scenario, which sadly goes way under punished.

Shocked, I tell you, shocked that this is
What they have charged him
With.

I love the allusion that Laura did nothing so how can Manchester LLCs be at risk. Proceeds from a criminal enterprise uses illegal profits, pay or bonuses to benefit legitimate companies that in turn directly or indirectly benefit the criminal. Oh they can and will be seizing assets upon conviction.

Right, the thought that the two are separate is a joke and a farce. They both knew the scam and I am certain that’s why they have fast tracked the projects knowing this was coming. I hope it all gets auctioned and legit, savvy business people have a chance to turn Manchester around in along term sustainable way.