A local donut shop chain this month closed two of its out-of-town locations amid a pair of lawsuits filed against it and its founder. 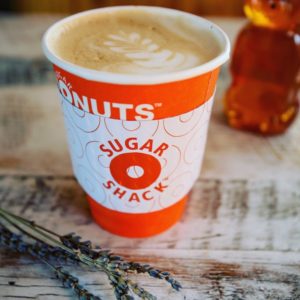 Sugar Shack’s Virginia Beach location closed earlier this month, with its landlord taking control of the space, according to a Tuesday report by The Virginian-Pilot.

Emails to Sugar Shack owner Ian Kelley were not returned by press time.

The nearly 7-year-old chain has 10 shops around Virginia, according to its website, including local outposts in Henrico, Hanover, Chesterfield and its original shop at 1001 N. Lombardy St. in Carver. Those all appear to be open for business as usual. 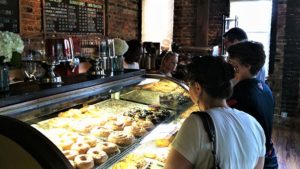 Kelley and the company are also wrapped up in two lawsuits locally.

An Oct. 8 lawsuit filed by Dustin Smith, listed in the case as one of Sugar Shack’s investors, sued Kelley and Michael Pinson, described as Kelley’s uncle, in Richmond Circuit Court.

Smith is alleging conspiracy, defamation and malicious prosecution, among other claims, and seeks $2.5 million in damages. Smith claims that he and other members of Sugar Shack’s board of directors decided the company was being poorly managed by Kelley and members of his family. The suit claims that Smith then took over financial control of the company, after he and the board voted to dissolve positions held by Kelley’s family.

Smith then alleges that in early 2019, Kelley pressed charges against him and lied before a magistrate to have Smith arrested and charged with felony embezzlement.

On Nov. 12 in Henrico County Circuit Court, another lawsuit was filed against Sugar Shack Donuts LLC and RVA Donuts LLC, an entity tied to Kelley.

The plaintiff is Donut Grease Partners LLC, which claims it loaned Sugar Shack $200,000 in a promissory note in 2016.

DGP alleges Sugar Shack has defaulted on that note, and is alleging two counts of breach of contract.

Both lawsuits are currently active.

So which is it?? Two lawsuits wrapped up or still active?

Thanks Ed, Read it too fast and without my glasses; I was like wait they settled the two and have more.

Bottom line: I put the odds at 50% they are still here by 2021. The donut boom is over and they seem to be in some disarray.

Fredericksburg Sugar Shack have now dropped out and renamed the 2 “Freddy Doughnuts”.

Sugar shack went to hell when they put in that awful vegan recipe that tastes like stale cardboard, sadly. Good for my waistline, but I really like doughnuts, and them up to that point.

Just looked at my watch thinking about that, and luckily Mrs. Yoder has already moved on! Diet time…