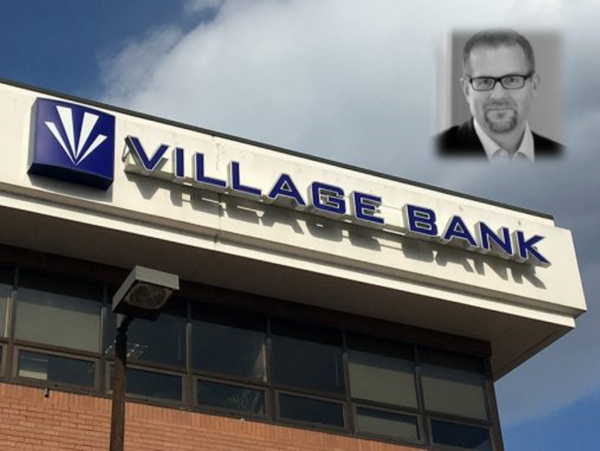 A local bank’s largest shareholder has further increased his grasp on the company’s stock.

Kenneth Lehman, an investor in Northern Virginia who already owns more than half of the shares of Midlothian-based Village Bank and Trust, in recent weeks acquired thousands more shares of its common stock to increase his majority stake.

In five transactions in December and early January, Lehman acquired a total of 8,787 shares for approximately $334,000, or an average of $37.62 per share. That gave him ownership of 748,000 shares of Village stock as of Jan. 6, equaling more than half of the bank’s 1.4 million outstanding shares.

Those shares had a market value of around $28 million, based on the stock’s closing price on Wednesday of $37.67.

Bill Foster, Village Bank’s CEO, said he couldn’t comment on Lehman’s intentions, but did emphasize the recent performance of the bank and its stock.

“We produced a 17 percent return on equity in the third quarter (one of the highest of any bank in the Southeast), net income through nine months was up 45 percent over the first nine months of 2018, and we earned a 5-Star rating from Bauer,” Foster said, the latter a reference to bank rating firm Bauer Financial.

“Our share price has increased 270 percent since our capital raise in 2015,” Foster said. “We have come a long way … and we are optimistic about our future.”

Lehman, who could not be reached for comment, put up $8 million to purchase his controlling stake in Village in 2015, when he led a capital raise that netted the bank $14.5 million. Lehman bought in at the time at $13.87 per share.

Lehman first entered the Richmond banking market in 2012 when he bought a large stake in the former Henrico-based First Capital Bank. He successfully exited that investment when First Capital was acquired in 2016 by Park Sterling Bank, which since has been gobbled up by South State Bank.

He saw some action on another of his more recent nearby investments with the combination of
Fredericksburg-based Virginia Partners Bank and Delmar Bancorp in Salisbury, Maryland.

In that deal, which closed in late 2019, Lehman owned large stakes on both sides – 35 percent of Virginia Partners Bank shares and 41 percent of Delmar shares. He now controls 41 percent of Delmar’s 17.78 million shares of outstanding common stock, which were valued as of Wednesday at $7.95 per share.

Foster and his team have made great strides- and the increased stock price is certainly evidence of that – savvy investors (including Lehman) have taken notice. Congrats on a job well done and they appear poised for future success!