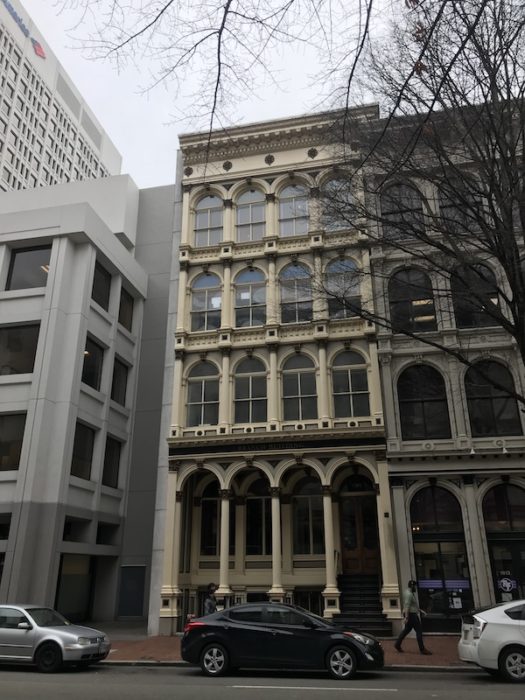 An out-of-town development firm is making its first mark in Richmond with a seven-figure deal downtown.

COO Kelly Villanueva said Hem + Spire, which was founded in 2015, focuses on rehabbing office buildings that usually are on the National Register of Historic Places.

“So we’re purchasing those and revitalizing them, either through the adaptive re-use process or upgrading them for the modern commercial side,” Villanueva said.

“That’s why we like Richmond so much. There’s so much inventory like that in town … We’re looking at Richmond hard. It won’t be one and done,” she said.

The Branch Building is a 150-year-old, 16,000-square-foot building that most recently was assessed by the city at $1 million. Min-Kor LLC, an entity tied to Robert Thompson, was the seller in the deal that closed Jan. 10.

Villanueva said the tenants’ leases will carry over in the sale. 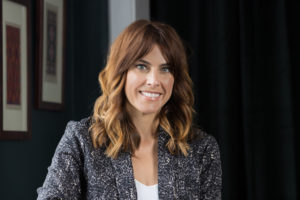 “(Thompson) did a great job leasing it over his time in ownership. We’re trying to modernize it and take a step back and see what the Richmond market wants and needs for office space,” Villanueva said. “The majority of the work will be on the interior, and we’re currently in the design phase.”

The Branch Building is the fifth property to join Hem + Spire’s portfolio, with the other four all located in Durham. Villanueva said the firm is just getting started in Richmond.

“We expect to grow at least another 100,000 square feet in Richmond. This is us getting our feet wet,” she said. “In the next year, year and a half, we’d like to have three or four more (buildings) in our Richmond portfolio.”

Villanueva said the firm has its eye particularly on Manchester and parts of West Broad near the Greater Richmond Convention Center.

Beyond Richmond, Hem + Spire also is looking to get into Atlanta and a few other Southeast markets.

Manchester and West Broad Street would certainly enjoy meeting Ms. Villanueva. It’s been my experience that it often takes out of town eyes to see whats been right in front of us all along. We sometimes fail to appreciate our own. Welcome to our town!

Another property purchased well over assesed value. When will the City asses commercial properties accurately? Meanwhile residential properties are getting hammered with increases. Let’s be equitable with our tax load.

Houses are selling well above assessments too. The rising tide is pushing values up faster than City assessors can keep pace. Assessors have a responsibility to be conservative in case the market changes and values were to drop.