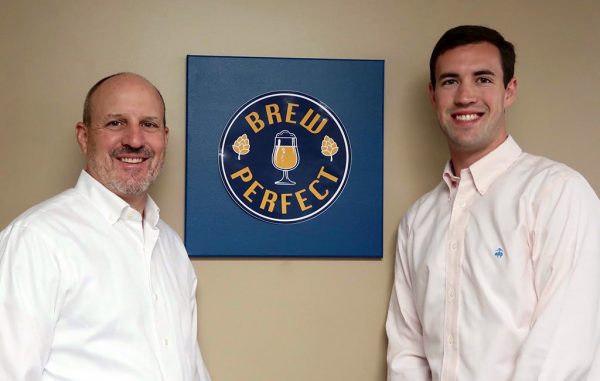 Chris, left, and Conner Trebour bought the startup in 2016 and rebranded it a year later. (BrewPerfect)

Father-and-son duo Chris and Conner Trebour bought the startup in 2016 and rebranded it a year later. BrewPerfect’s flagship product is a digital hydrometer, which measures the alcohol by volume, gravity and temperature of homebrewers’ beer in real time and displays it on a mobile app.

Conner said talks for a deal began after they met Blichmann at a homebrew trade show in Oregon.

“(Blichmann) had launched a connected product themselves and didn’t want to keep doing software stuff,” he said. “It got outside of their niche. They wanted to stay in hardware so they approached us and asked, ‘Can we license your software?’ We said, ‘Yeah, absolutely.’” 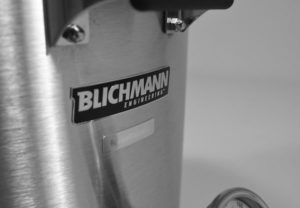 They created a new company, BrewLink, whose purpose is to license out BrewPerfect’s software. Trebour said they signed a five-year deal to be Blichmann’s software provider.

The deal coincides with a fundraising effort by BrewPerfect, which would allow it to develop more software for homebrewers. Trebour said they’re now trying to raise about $500,000 in investor capital.

Trebour said most of BrewPerfect’s sales are from its online store or through Amazon, and that they’re in a select few homebrew brick-and-mortar stores around the country.

The company formerly had an office in the Westwood area of Henrico County. Trebour said BrewPerfect now operates remotely.