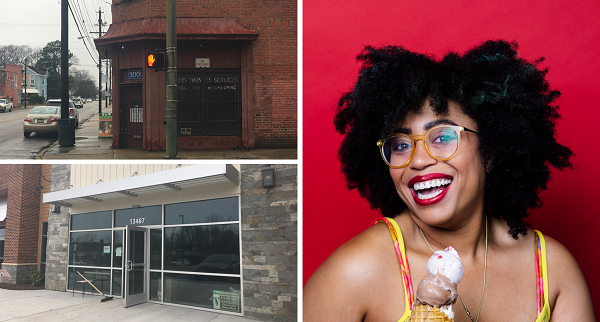 A new flavor and an old favorite are set to sweeten the local ice cream scene this spring.

In the city’s Northside, Ruby Scoops, a D.C.-based company that hawks its sweets at farmers’ markets and events, is planning to open its first brick-and-mortar shop at 300 W. Brookland Park Blvd. in April or May. 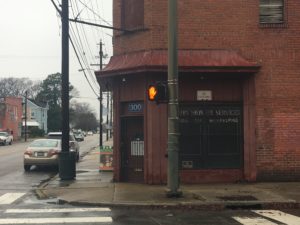 Rabia Kamara, a VCU alum who previously worked as a pastry chef in restaurants, is behind Ruby Scoops. While in school, she lived above Tarrant’s Cafe on West Broad Street and spent a lot of time there, she said.

Conversations with Ted Santarella, the Richmond restaurateur who owned Tarrant’s until he died in 2016, motivated Kamara to pursue culinary studies in Maryland.

“I fell in love with this city, and when I left to go back to Maryland for culinary school, I always knew I’d be back,” she said.

Her business partner in Ruby Scoops is Emmett Wright, a chef de partie at Helen’s Restaurant in the Fan.

Kamara said her time in D.C.-area restaurants led her to appreciate the value of local farmers and ingredients, prompting her to seek out locally sourced dairy and produce to use in her ice cream and sorbet. Ruby Scoops also offers vegan options.

Kamara said she spent more than a year looking for a space for her first physical location. She worked with Veronica Wiles of Sperity Real Estate Ventures to find the Brookland Park Boulevard spot, which totals about 2,300 square feet. Zach Hernandez with S.L. Nusbaum Realty represented the landlord in lease negotiations. 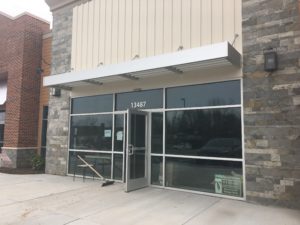 On the other side of town, Gelati Celesti is preparing what will be the family-owned company’s sixth location in the Richmond area, bringing its total shop count to seven with a location in Virginia Beach.

The new shop will be located at 13487 Hull Street Road – an area that the company has sought to move into for years, President Steve Rosser said.

Rosser said he was drawn to Swift Creek Place because the shopping center is heavy on eateries, putting the brand in a good position to scoop up diners looking for some after-meal sweets. The center includes a Mission BBQ and Cava among other restaurants.

“It’s really a food-centric center,” Rosser said. “When we’re close to a restaurant, we find diners want to walk down the street to get a treat.”

He said it will have a similar look and feel as the chain’s other locations. Peter Fraser of 37ideas is the designer.

“It will look and feel like a typical Gelati store,” Rosser said, adding that there will be an ice cream giveaway on the store’s first day of business.

Rosser declined to discuss the amount invested in the space. The location is expected to open the last week of April.

Gelati Celesti was established in Richmond in 1984. Its other stores are located at Gold’s Gym Plaza in Henrico County, The Corner at Short Pump, Stony Point Shopping Center, Scott’s Addition, The Shops at Libbie and Grove, and Hilltop West in Virginia Beach.

I’m not sure if the ice cream shop will be successful there; however, just having that building renovated is a huge win for BPB.