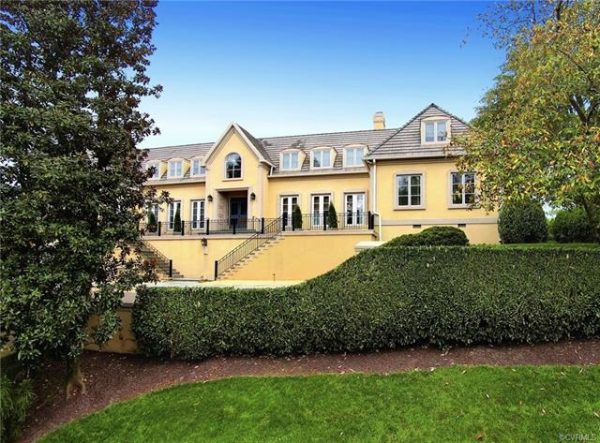 The house at 204 Lockgreen Court as viewed from the street. (Photos courtesy CVRMLS)

Update: This story and list have been updated since publication to include a Feb. 28 sale that wasn’t included in the original ranking. That $2.5 million sale of the Foxwood estate in Goochland County ended up being the top sale for February.

A couple involved in the nearly $10 million sale of the priciest area home to trade hands in January were back on the list in February, this time on the buyer side in a month filled with million-dollar deals.

Leading the pack was Foxwood, a 150-acre estate in eastern Goochland County that sold with additional acreage for $2.5 million on Feb. 28. More on that sale can be found here.

Second on the list was 204 Lockgreen Court, a West End house built by members of Richmond’s Valentine family that sold at list price for $1.67 million on Feb. 7.

The 6,300-square-foot home hit the market last April with an asking price of $2.49 million, before being taken off market and relisted in October with the lower price tag.

City property records list the buyers as Thomas and Carolyn Garner, who in January were involved in the $9.98 million sale of Glen Roy, the 261-acre estate in western Henrico that Thomas and his brother inherited from their father, the late T. Fleetwood Garner. Thomas and Carolyn had resided at the home while acting as stewards of the expansive estate. 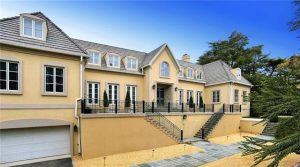 A stone walkway and double staircase lead to the main entrance.

Joyner Fine Properties’ Jim and Donna Ransone had the listing for 204 Lockgreen, the former home of Virginia Valentine and the late E. Massie Valentine. Joyner’s Richard Bower represented the Garners.

Local philanthropists, the Valentines purchased the 1.5-acre parcel in 1993 for $204,000, property records show. The most recent city assessment valued the since-improved property at $1.81 million.

The Ransones had the house under contract with a different buyer under their original listing last summer, but they said a relative’s health issues required the buyer to move to Europe, causing the deal to fall through.

Jim said they took the opportunity to do some additional work to the house and yard, including pulling up some wall-to-wall carpeting to reveal heart pine flooring that had been hidden underneath. The husband-and-wife relisted the house with the lower price tag, and it went under contract within a week or two, they said.

Jim said the house’s layout, with two master suites on the ground floor, helped sell it. 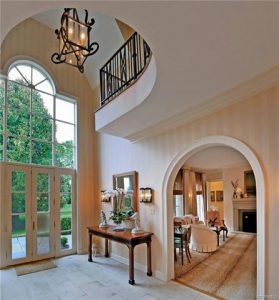 “They loved that everything was on the first floor, a lot of living space, especially with the two master suites,” Jim said.

“And it’s so private for being so close to the city,” Donna said. “The house itself, and the way it’s sited, is very private.”

Totaling six bedrooms, five bathrooms and two half-baths, the house was built by the couple in the mid-1990s after Massie retired as regional chairman of Johnson & Higgins, an insurance brokerage firm later acquired by New York-based Marsh & McLennan. Virginia retained ownership of the house since Massie’s death in 2017 and planned to buy a smaller residence in town.

Designed to be reminiscent of a French chateau, the house was built by Mike DuMont of Midlothian-based Dumont Homes. Four more bedrooms are located upstairs, along with a sitting room and an au pair suite with kitchen. 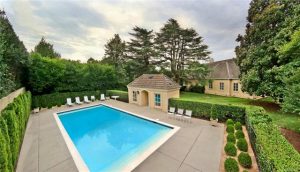 The 1.5-acre property includes a pool.

A two-story foyer includes a 17-foot-tall Palladian window and 21-foot-high vaulted ceiling. The house also includes a library, elevator and attached two-car garage, and the landscaped property includes a pool and slate walkway.

Rounding out the top sales list for February were, according to the Central Virginia Regional Multiple Listing Service: