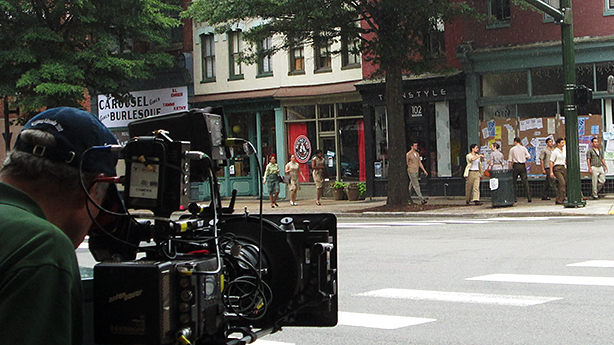 The relative standstill that’s followed the response to the coronavirus is dealing a crippling blow to the region’s film and production community, with crew workers idle and at least one video production house laying off its entire full-time staff.

But those involved say it does not spell the end for the industry – nor for that company, Henrico-based Metro Productions, which is continuing on with a skeleton crew of six part-time staffers after letting go of its 15 full-time employees.

“As of right now, Metro is still operating,” said Patrick Walsh, the firm’s business development director and son of owner Ray Walsh. “We’re still maintaining a small corps of employees, but certainly had to make some cuts on staff, and are in the process of reorganizing the company and trying to re-identify ourselves with the way the whole entire industry is shifting.” 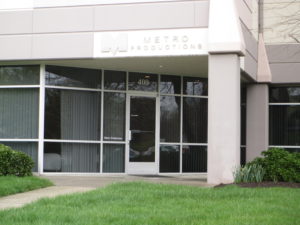 With close to $2 million in contracts in 2019, Walsh said Metro had been coming off its best 12 months in years when business slowed to such a point that cuts had to be made.

“We’re one of the few production companies that had kept full-time staff year-round, and in order to operate and keep that full-time staff, there has to be a certain level of sales and cash flow to keep folks gainfully employed with benefits,” he said. “A slow first quarter with the coronavirus, it just took its toll on the company.”

The move could become one of many made locally in an industry hit hard by the coronavirus fallout. Film productions across the state have ground to a halt amid social distancing requirements and public health concerns, while some production and post-production shops in town have seen client work freeze up.

Advanced Visual Production, also based in Henrico, produces video content for school graduations, fundraisers and other events that typically crowd its calendar this time of year.

“All of that kind of work has just entirely gone away,” said AVP President Lee Dickinson. “Our calendar has entirely shut down from at least March through the end of May at this point.

While his staff of eight has thus far remained intact, Dickinson said they’re facing the prospect of having to lay off staff – something he said might have happened by now before the federal stimulus package looked more likely.

“If we didn’t think that relief package was on the horizon, I probably would have had to lay everyone off last week in order to reserve six months of capital for fixed operating expenses,” Dickinson said.

“We have some accounts receivable, we have some deposits coming in for stuff in the future, but as of right now, we’re just constantly looking at the spreadsheet of cash-in versus cash-out and dreading when we get to the point where we have to lay everyone off.” 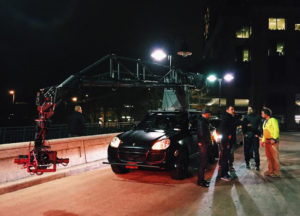 Dave Trownsell, president and co-founder of Tilt Creative + Production, said his company has fared better so far thanks to existing workloads and capabilities to work remotely. While production work is on hold, he said the firm’s focus has shifted more to post-production and digital.

“The actual, physical shooting part of our business has slowed down a little bit, but we have enough contracts in place and we were set up to remotely do post-production, so it hasn’t really affected us too much as our workflow goes,” Trownsell said.

“We’re still servicing our clients and working remotely pretty efficiently. We’re doing a lot of graphics work, and a lot of repurposing older footage for clients, just thinking of new ideas for them to advertise or get content out there,” he said.

While thus far unscathed, Trownsell said he is concerned for the production crews they typically rely on for film and commercial shoots.

“I do feel for the production crew, because I think it’s rough on them right now,” he said. “I think the sooner we can come out of this thing, the better, particularly for them. A lot of them rely on local companies employing them.”

In a letter posted on the state film office website, office director Andy Edmunds noted the impacts to the industry while encouraging freelancers and others affected to stick together, albeit from a distance.

“As we know, our industry is made up largely of smaller companies and both creative and technical freelancers, making it very fragile in this public health crisis,” Edmunds’ letter reads. “This necessary lockdown has resulted in the cancellation of production activity across Virginia. This unprecedented time in history will test us all; financially, emotionally and socially.”

With active local productions like “Swagger” put on hiatus, and others like “Walking Dead: World Beyond” postponing their air dates and production plans, Edmunds acknowledged the difficult times but forecast a light at the end of the tunnel.

“Be assured that these dark days ahead will not last,” he said. “The more we do today to “flatten the curve” by taking the notion of “social distancing” seriously, the sooner we will all be on set together again; often making the content that can provide a comfortable escape for so many during troubling and isolated times.”

As for Richmond production houses, some are tweaking their approaches while seeing a shift in the types of content requested from clients. Amanda Russell, a co-founder at motion graphics shop Cream, said she’s noticed an uptick in requests from agencies for animation work for projects that originally were planned for production.

“The agencies had to shift and pivot in order to continue business,” Russell said in an email. “It makes sense with all of the new restraints on how many people can be in a room.

“Of course, we’re relieved to have opportunities for work at all in this uncertain time, but it’s somewhat bittersweet … it’s important to us to not forget about those who have no way to work at all.”

As for Metro Productions, Walsh said the company is reorganizing and could end up rebranding under a different name. He said such adjustments to its business model could depend on how the industry changes through the pandemic. 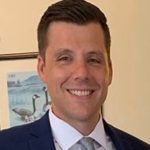 “You find a way to make it work. You find a way to reinvent yourself, to adapt to what I believe is going to be the new norm,” Walsh said. “We’ve seen it a lot in the production community already: People are getting leaner and more agile, less overhead to be more competitive on price.

“We’re just looking to adapt that new business model and still continue to service our clients in Richmond and all across the country. It may just be pulling from a larger collective of creative talent to service them versus a full-time in-house staff.”

Walsh said the cuts were made across Metro’s two offices in Henrico and Hampton Roads. It’s housed locally in a 10,000-square-foot space at 8570 Magellan Parkway, in the Windsor Business Park off East Parham Road. The company will be looking to downsize to a smaller space but remain in the Richmond area, he said.

Founded in 1981 in Williamsburg by married couple Beth Rutgers and Scott Wheeler, Metro was purchased in 2001 by Ray Walsh and a group of silent investors. Since then, its video and motion graphics work has focused on Department of Defense projects and content for clients ranging from healthcare to academia. Local clients have included Feed More and WealthForge. 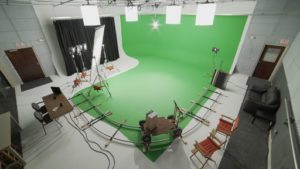 Patrick Walsh said the company is continuing work for existing clients and farming out what it can to the staff it let go as freelance jobs. He said the layoffs decision was fueled in part by wanting to help those employees get ahead of the wave of unemployment applications building across the country.

“Everybody on the staff was family here,” Walsh said. “We’ve been in the industry a really long time, so to have to let go some of your family members … It was a tough call, so we’re still trying to give them opportunities to come back and finish that work on a freelance basis.”

Of the larger impacts industrywide, Walsh said, “Certainly location-production folks – guys that are shooting, gripping, doing field audio, and actors and actresses – all those people that rely on that as a full-time job are certainly going to get hit, because with the recent announcements made by the governor, they’re just not going to be able to go out and shoot with groups larger than five people.”

Added AVP’s Dickinson: “You talk about industries that have been hit, restaurants are hard-hit, but some of them have been able to do limited seating or carry-out. Our industry, we were the first shut down, and we will be the last to reopen, because what we do is big gatherings of people.”

My understanding is that the “bailout” for small businesses included issuing loans to cover 2 (also heard 2.5) months of payroll and that the loans would be 100% forgiven so long as the employees remained employed at that time.

I’m sure I’m missing a few details but I suppose my question is: is this bailout so out of touch with what small businesses need that businesses are relying on layoffs instead of persuing loans that will be 100% forgiven? Essentially free cash is how it had been marketed.