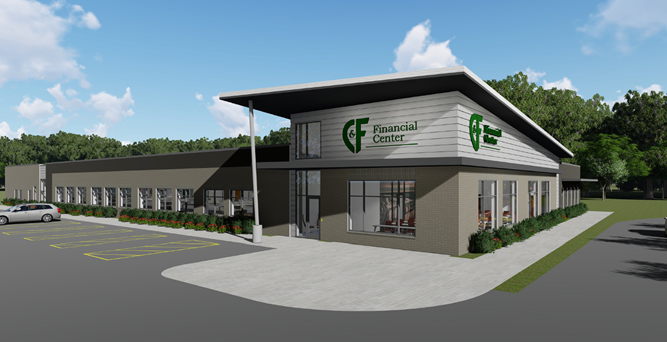 A local bank is moving forward with plans for a new headquarters for one of its subsidiaries.

C&F Financial, the parent company of C&F Bank, closed this month on land near Richmond International Airport, where it will build a new 25,000-square-foot home for its C&F Finance consumer lending division. 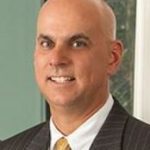 Tom Cherry, C&F’s chief executive, said construction is scheduled to begin in second quarter 2020, with completion planned for some time in 2021.

“Right now the plans are to move forward,” Cherry said, when asked whether the coronavirus slowdown is affecting things. “We’re in the process of bidding out the work.”

Cherry said the one-story building will replace the current downtown home of the finance division, which offers loans for automobiles, RVs and boats. Its 100 employees currently work out of the Exchange Place building at 1313 E. Main St., a space Thalhimer previously used as its headquarters before its move to Short Pump.

“The space we’re in, we rent,” Cherry said. “Ingress and egress out of downtown isn’t the easiest and we needed more space. And we can build it to our specs in how we want the building set up.”

The finance division is an important part of C&F’s business, accounting for $6.8 million of the parent company’s $18.8 million in net income last year.

Project plans were filed in January. Kimley Horn is the civil engineer on the project. LynchMykins is structural engineer. Price Simpson Harvey is the architect and Dunlap Partners is handling mechanical, electrical and plumbing design.

Thalhimer’s Brian Berkey represented C&F in the purchase of the land, which is vacant.