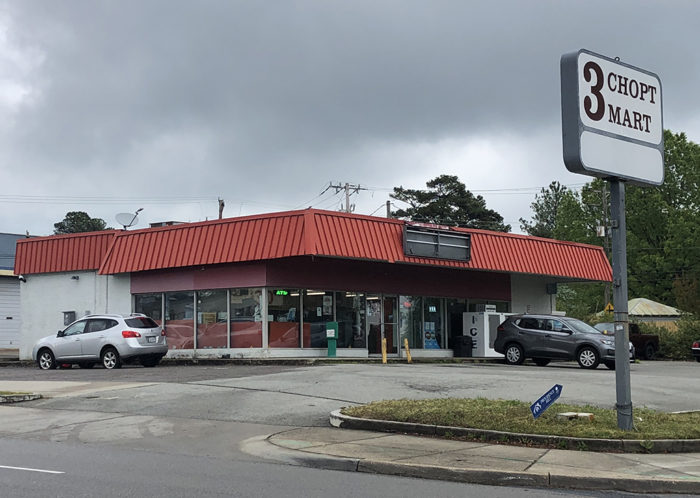 The 3 Chop Market convenience store at 7000 Three Chopt Road will be replaced by a new location for Atlantic Union Bank. (Michael Schwartz)

With the virtues of the drive-thru teller line on full display in the age of coronavirus safety measures, a local bank is moving forward with plans for a new standalone location in the city’s West End that will replace a walk-in-only storefront across the street.

Atlantic Union Bank this month filed a plan of development to construct a new location with a drive-thru at 7000 Three Chopt Road, on the site of the existing 3 Chopt Mart convenience store.

The new location will replace a walk-in-only storefront the bank has in the Village Shopping Center across the street. That location is tucked away behind Starbucks and accessible through a corridor that runs through the retail strip.

Plans filed with the city call for construction of a 2,250-square-foot branch with a larger lobby and the all-important drive-thru, which has become a near-necessity during the pandemic.

The bank said it hopes to open the location in the third quarter of 2021. 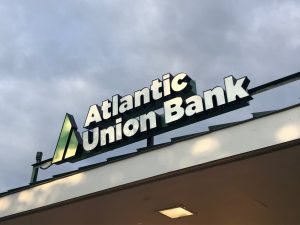 Atlantic Union will have a ground lease for the property and will own the branch building once it’s constructed. The property is owned by John Heisler IV, according to city records.

Timmons Group is listed as the bank’s engineer on the application.

The city planning department is reviewing the project.

Maria Tedesco, president of Atlantic Union, said the new branch was in the works prior to the pandemic’s arrival and that the bank has remained pro-drive-thru despite an industry trend of some banks doing away with such locations.

“Our model is drive-up,” Tedesco said. “We feel they are very important to how we service our customers.”

She added that some banks nationally have had to second-guess their decisions to close drive-thru branches in light of the virus and social distancing.

“So many banks across the nation have closed drive-ups over the years and now competitors have had to reopen them,” she said.

With nearly $17 billion in assets, Atlantic Union has 149 branches, mostly in Virginia, but also in Maryland and North Carolina.