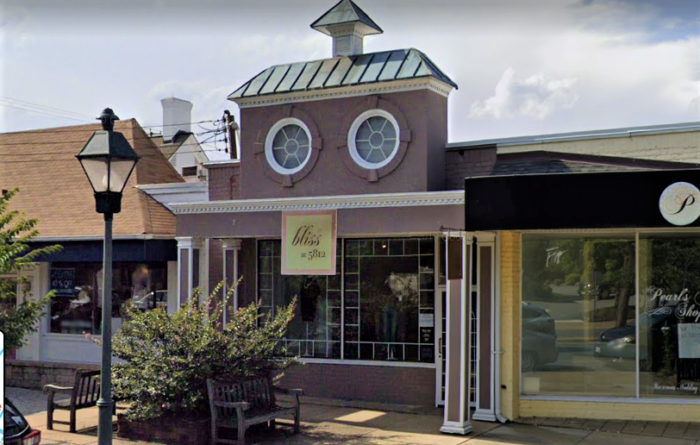 Bliss at 5812 has been in the West End for more than a decade. (Courtesy Google Maps)

A fixture of the West End’s shopping scene has said goodbye to its home of more than a decade to focus on its growing online presence and a same-day delivery service.

Bliss at 5812, a women’s clothing store, closed its storefront at 5812 Grove Ave. on March 31. The store, which is owned by sisters Brooke Kelly and Kate Duncan, had planned to change to online-only to keep up with consumer trends this May, but fast-tracked the change because of the coronavirus pandemic. 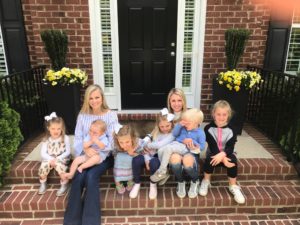 Brooke Kelly (left) and Kate Duncan are sisters who own and operate Bliss at 5812. The two are pictured with their children. (Courtesy Bliss 5812)

“When all this started to happen and storefronts began to close, it just fell in our laps as the perfect time to do this,” Kelly said.

The store had operated at its original location on Grove Avenue for almost 11 years. In the last couple years, the store began to deliver orders directly to select customers. That morphed into a more expanded online shopping service about a year ago. The new service was well-received, and online purchases had become about 90 percent of business prior to the store closing, Holland said.

Good feedback buoyed the sisters, who were rethinking the physical store, with its rent and upkeep, as an added complication of doing business when they have families of their own. Foot traffic had been on the wane and limited parking also was a challenge for the storefront.

Duncan noted that online ordering was upending other industries traditionally tied to their physical locations, such as restaurants and grocery stores, even before the pandemic hit. They saw the popularity of delivery in those industries and sought to apply it to their own.

“That’s the way the economy is going,” Duncan said 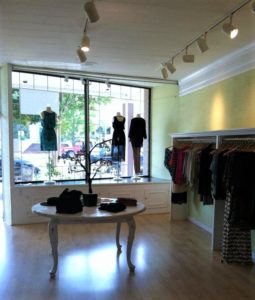 Bliss doesn’t have a web store, and while the sisters didn’t dismiss one as a future possibility, it isn’t a priority. The store keeps the customer base it’s cultivated through the years in the loop with text message notifications and Instagram posts that detail new products.

When orders are placed, the sisters, who are the only employees, make the deliveries themselves. Inventory is kept in one of the sisters’ houses, while administrative work takes place at the other. The store makes deliveries throughout the Richmond area and ships orders to customers outside it. The store may start to do pop-up shops in customers’ homes.

Bliss isn’t the only business to move out of the Libbie Grove neighborhood of late. The Starbucks at 5802 Grove Ave. also closed recently.

Good for the owners to be fluid and adapt. Best of luck to them. They are spot on with parking, getting rid of the theatre and the associated parking is still something I can’t wrap my head around. I’ll be curious to see if rent prices in the area will decrease or just lead to more vacancies as tenants realize they don’t need a physical presence, nor do their customers want to come into a physical store if they can knock the transaction out online. Banks are another. Why do they need a huge bank at short pump by the… Read more »