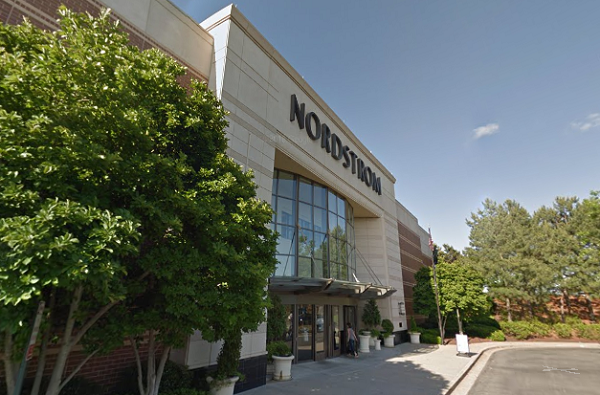 Retail giant Nordstrom is packing its bags and leaving its location at Short Pump Town Center, where it has been an anchor tenant since the mall opened in 2003.

The move to close its 120,000-square-foot space at the mall comes amid a larger shuttering of stores, as the company plans to permanently close a total of 16 locations in response to the economic disruptions caused by the coronavirus pandemic, a company spokeswoman said in an email. The Seattle-based clothing retailer operates 378 stores in 40 states.

“We selected these 16 stores based on a variety of factors, including the unique needs of the market, the current state of our business and real estate agreements,” the spokeswoman said.

The Short Pump location, like other Nordstrom stores, had been closed on a temporary basis since March 17 due to the pandemic. The Short Pump store won’t reopen and Nordstrom expects all 16 stores on the chopping block to be shut down by August, the spokeswoman said, adding that the Short Pump employees were informed of the store closing Thursday.

The retailer owns its property at Short Pump, having purchased the 2-acre parcel for $336,000 prior to moving in in 2002, Henrico records show. It’s now assessed at nearly $8 million.

While Nordstrom’s departure will leave a big hole in Short Pump, Tommy Pruitt, general manager of Pruitt Associates, which developed and still owns a stake in the mall, said the ownership group has ideas about how to reuse the space.

“We had a wonderful, wonderful relationship with Nordstrom and we’re very sorry to see them go,” Pruitt said Thursday. “There will be an opportunity for that space.”

Pruitt owns the bulk of the mall and much of the surrounding properties in association with New York-based Brookfield Properties.

Pruitt said it was too early to say what would go into the space, but said he could see mixed-use, restaurants or retail make a home there. He felt confident Brookfield could line up something good.

“It’s such a dynamic space,” he said. “We’re fortunate to have Brookfield in the mix. They’re masters of repurposing spaces.”

It’s unclear whether Brookfield and Pruitt would look to purchase the Nordstrom building.

Nordstrom plans to reopen remaining stores in phases and in accordance with local government guidelines, the company said this week in an announcement that also mentioned the 16 store closures. It also is restructuring other facets of its operations in a bid to save about $150 million in expenses, toward a previously announced attempted expense reduction goal of over $500 million.

Nordstrom is the latest national retailer to see its troubles worsen at the hands of the coronavirus. J Crew this week filed for bankruptcy protection as it attempts to restructure its debt. That case also was filed in Richmond federal court, bringing with it plenty of work for local law firms.

Richmond looks like it is going to be a No Mall town at some point if this trend continues… maybe we will get urban business districts back?

I think many cities are heading this way. With the continued rise of online shopping I feel like brick and mortar retail will shrink to specialty stores serving niche markets. Big box stores and sales people will shift to warehouses and delivery drivers.

What a major loss to the entire Richmond area! Stony Point Fashion Mall is all but closed up…Now Short Pump is losing majors tenants. Are all major big box retailers destined to fail?

Agreed. A real shame. Folks just looooove Amazon, which I personally have boycotted. Online shopping will rob us of much, all in the name of convenience. Sad to see this trend, sad to see Nordstrom go.

Considering the ever growing popularity of online shopping I’m actually surprised at how long some of these major retailers have held on even before this pandemic.

Willow Lawn was originally a destination mall. In the 1980s and 1990s it went through a period of decline. Recently it has reinvented itself as a neighborhood mall and it is now a huge success. Malls just need to keep changing with the times.

Headline is confusing, “Shutter by August”. The article states the store won’t be re-opening at all.