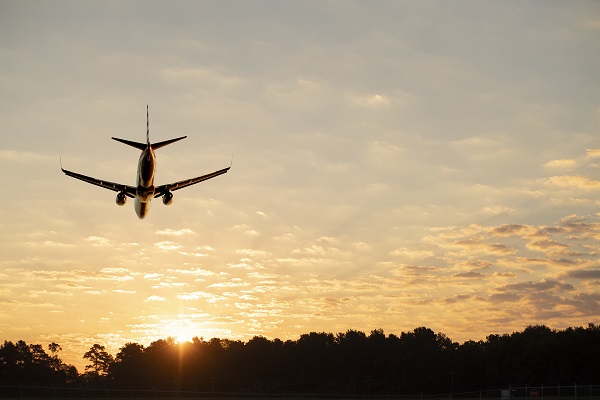 Passenger traffic at Richmond International Airport continued to plunge by staggering percentages in April, though administrators see some light on the horizon amid the ongoing coronavirus crisis.

April passenger traffic was 92.5 percent lower than the previous month, when RIC counted 181,634 passengers in March, when restrictions on air travel began to take effect. March’s count was about half what the airport had the same month in 2019.

With air travel worldwide severely impacted by restrictions due to the pandemic, airlines have significantly reduced their schedules at RIC, with Allegiant cancelling all of its Richmond flights in April, according to the report. American Airlines led the local market in April with a nearly 41 percent share, with Delta following at 24.6 percent and United at 12.7 percent.

Overall, flight schedules in April were down 56 percent compared to last year, with about half of the remaining flights cancelled within 48 hours of departure by the end of the month, the report states. 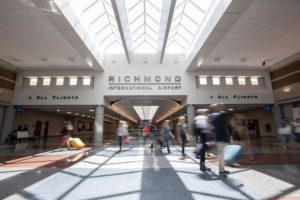 Despite the passenger traffic drop, total cargo traffic continued to hold steady in April, with combined freight and mail cargo down 3.7 percent compared to last year and down 1.7 percent fiscal year to date.

RIC has formally accepted its award of $18.8 million in federal CARES Act funding, part of a $309 million economic relief package for 47 airports in Virginia. To receive those funds, air carriers must maintain minimum service levels, with Delta, American and United committing to a minimum of five flights per week. Airlines with smaller flight footprints are obligated to three flights per week.

As of mid-May, four airlines – American, United, Delta and Southwest – were flying more flights than their required minimum, according to the activity report that was submitted to the Capital Region Airport Commission on Tuesday.

Spirit, which had paused Richmond service for most of April, resumed thrice-weekly flights to Orlando on May 2. The airline had served Orlando and Fort Lauderdale daily from RIC pre-pandemic.

The April report included projections from Airline Data Inc. that keep scheduled seat capacity at RIC in negative year-over-year percentages through June, with capacity returning to previous-year numbers in July and moving into positive territory in August, when capacity is projected to be up year over year by nearly 4 percent.