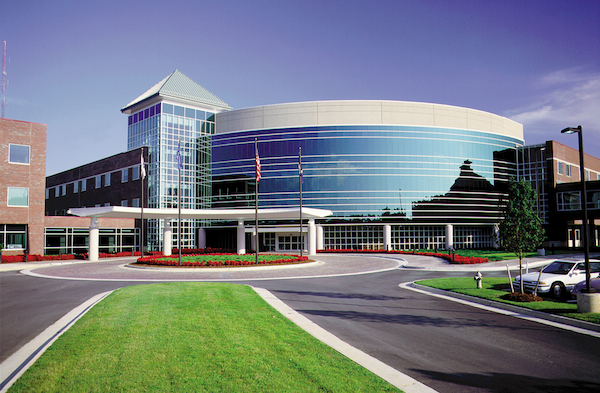 Bon Secours has secured approval from the state to begin an expansion of Memorial Regional Medical Center, a hospital in Hanover County. (Submitted)

Healthcare chain Bon Secours is investing tens of millions of dollars to upgrade one of its local hospitals.

The health system announced Thursday a $50 million plan to add 44 beds to its Memorial Regional Medical Center at 8260 Atlee Road in Mechanicsville.

The expansion will include 11 new intensive care and 33 medical/surgical beds. The project, which is expected to wrap up in late 2022, will increase the hospital’s number of acute-care beds to 269.

The expansion will increase the footprint of the 315,000-square-foot hospital, though the exact size and designs are still being finalized, Bon Secours spokeswoman Jenna Green said in an email. It hasn’t yet named an architect or contractor for the project.

The expansion comes in response to increased population, particularly of people 65 and older, and increased complexity of in-patient services, hospital President Leigh Sewell said in a prepared statement.

Memorial Regional is one of seven hospitals Bon Secours operates in the Richmond region.

Earlier this year, the organization bought Southside Regional Medical Center in Petersburg for around $100 million as part of a deal that included two other hospitals in the state.

Other healthcare-related real estate projects are in the works in Hanover County. The county’s board of supervisors this month approved a rezoning application to allow construction of a pair of medical office buildings near the hospital this month.

Bon Secours Mercy Health, of which Bon Secours Richmond is a part, is one of the 20 largest health systems in the county. It’s also the fifth-largest Catholic health system in the United States. The local arm of the health system employs more than 9,000 people.

I am going to guess they will be taking over the space of the adjacent Sheltering Arms rehab since the are moving to their new Goochland campus.