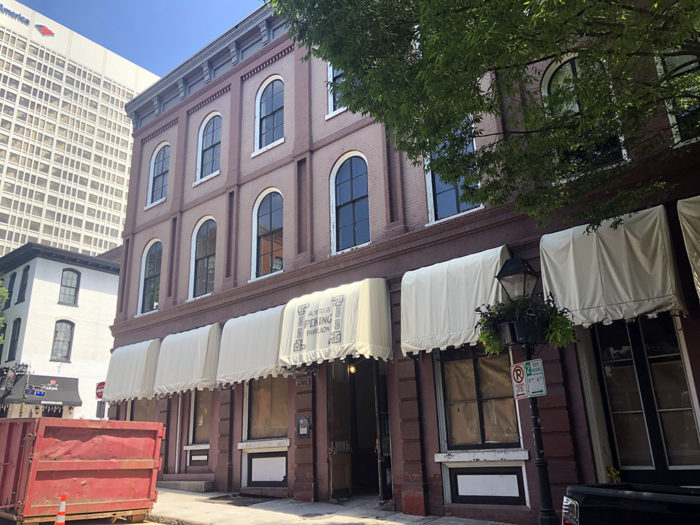 An expansion-hungry national bank has found its spot for its first downtown retail branch, part of its continuing push for a wave of new outposts around the region.

Renovations are underway on the space, with Gilbane handling construction and OTJ Architects doing the design work. 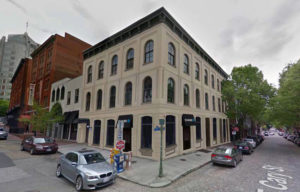 A rendering from plans filed with the city show the façade changes Chase plans for the building.

Chase is aiming to open the branch in the second half of 2021.

The property is owned by members of the Asch family. Tom Asch said his family has owned buildings in the neighborhood since his father, developer Andrew Asch, purchased them in the early 1970s.

Prior to Peking, which closed last year after more than 30 years, the building at 1302 E. Cary St. was home to Gatsby’s restaurant. The three-story building’s upper floors house office tenants, which will remain.

The Shockoe Slip location will be at least the fourth local retail branch Chase has in the works in the Richmond region.

The bank is preparing to open the first of those in a former BB&T building at 8727 Staples Mill Road. It also has begun construction on a from-scratch branch at 5205 W. Broad St. on the former Extra Billy’s Barbecue next to Willow Lawn. And it’s in the midst of renovating the former Matchbox restaurant building at 11720 W. Broad St. in front of Short Pump Town Center.

The bank expects to open a total of 20 branches in the Richmond region over time, 10 of which it aims to open by the end of 2022.