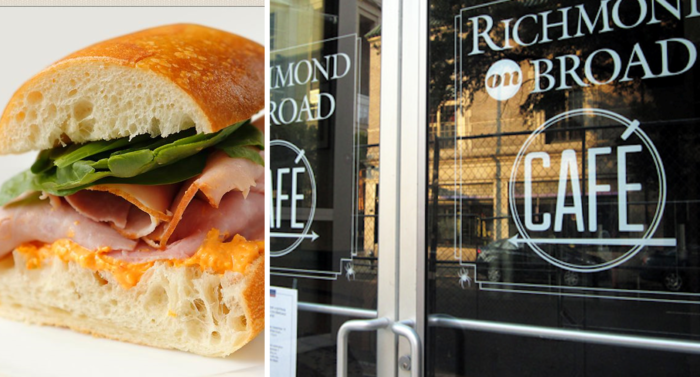 After almost a decade downtown, a cafe operated by the University of Richmond has announced it is permanently closed.

Richmond on Broad Cafe at 626 E. Broad St. announced Thursday it will not reopen. The closing comes in response to the coronavirus pandemic and its disruptions to economic activity. The cafe temporarily closed in mid-March.

Unlike some other restaurants in the region that sought to navigate the shutdown of their dining rooms with a pivot to delivery and takeout, Richmond on Broad has not operated since March.

“The safety policies implemented by the University in response to COVID-19 applied to all employees, including those affiliated with our retail operations, so a take-out option was not a priority,” she said in an email Friday.

The roughly 2,000-square-foot restaurant space shares the building with UR’s downtown offices, as well as the Legal Aid Justice Center on the upper levels.

The restaurant, which dealt in breakfast-and-lunch fare such as baked goods, salads and sandwiches, opened eight years ago as part of a university effort to revitalize that stretch of downtown Richmond. UR spent about $275,000 to renovate the space, and the cafe sought to cater to university students in that part of town as well as employees at nearby government offices.

As the university’s restaurant exits, the city looks to kick off discussions with a developer for a project at the nearby Public Safety Building at 500 N. 10th St.