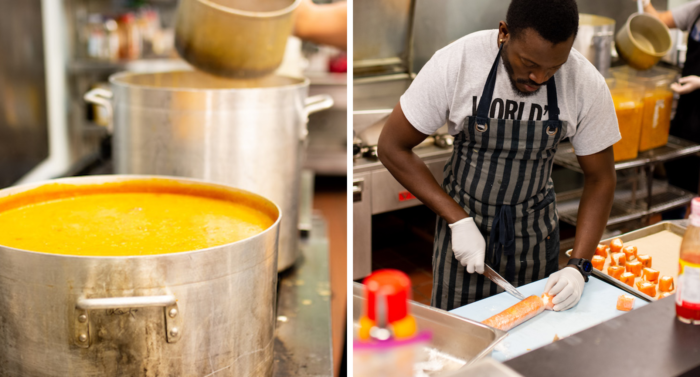 The coronavirus has spawned a new local hunger relief nonprofit, one that intends to stick around after the pandemic subsides.

UGK Community First was created after the pandemic disrupted the event calendar of The Underground Kitchen, a Richmond-based pop-up dinner group. Founder and CEO Micheal Sparks and COO Kate Houck hit on the idea of organizing a way to use their existing resources to help those in need.

“The best thing we could do was cook food for the community,” Sparks said. “This program is not just for poor people but also first responders and other people in need.” 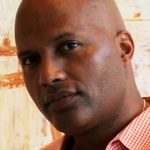 The duo have hit pause on Underground Kitchen’s regular in-person events until January. The company operates in 30 cities in the Southeast. Underground Kitchen is currently doing an at-home variation on its model, in which chefs prepare the company’s multicourse dinners that are delivered to customers.

A hunger relief agency isn’t a new concept for Richmond. But the team said they’ve found a niche for UGK Community First, taking pages from other services such as Meals on Wheels and food pantries by filling in service gaps across the region as a supplement to more established efforts.

“There are food banks and pantries in this city, but we found a place for us to provide meals,” said Houck, who is the nonprofit’s executive director. “We’re weaving into and out of all of those organizations as support.”

UGK Community First, which launched this spring, serves residents of the Richmond metropolitan area as well as the Petersburg area. It operates distribution centers at the Roslyn Retreat Center in Henrico County, which is also its headquarters, as well as at 205 Hull St. in Southside Richmond, where Sparks has a design studio. The nonprofit also does home deliveries of food, which it cooks in seven local church kitchens. While the entire process has been a learning experience, the cost of operation posed a particular challenge.

“We learned very quickly how expensive it is to do this,” Houck said.

The nonprofit spends about $50,000 a month on operations. It makes 3,000 meals a week. Expenses are covered by cash donations, as well as in-kind contributions, and the nonprofit has 70-75 volunteers. UGK Community First doesn’t pay rent at Roslyn Retreat.

Houck said the work of formally establishing UGK Community First as a nonprofit relied heavily on the advice and experience of John Crowder and Deb Lawrence, as well as the support of Episcopal churches.

“There’s a value in getting going before you even know what questions need to be answered,” said Crowder, who mentors the nonprofit, and assists with fundraising and development. Crowder is also a member of St. Stephen’s Episcopal Church in Richmond. Lawrence is the former outreach director for that church.

Supporters include the Community Foundation for a greater Richmond, River City Rotary Club and Episcopal Diocese of Virginia as well as the Mid-Atlantic Food Resilience and Access Coalition, among other contributors.

UGK Community First has eight full-time employees. It calls on the services of 15 chefs to make the food and those chefs are paid per diem.

The nonprofit plans to expand its service area to Northern Virginia. Even after the pandemic ends, organizers expect UGK Community First to continue to operate. It’s also developing a culinary education program.

“There were people waiting in line for food pre-COVID and they will be around post-COVID,” said Lawrence, who is the nonprofit’s development director. “There’s a huge need on so many fronts.”