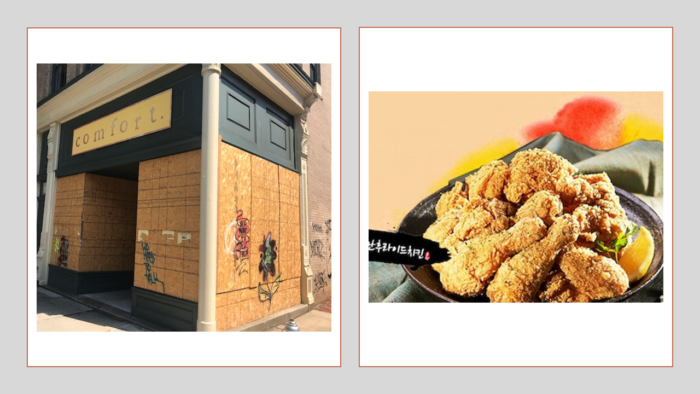 A Korean fried chicken joint is picking up where Comfort left off.

The space at the corner of West Broad and North Jefferson streets in Jackson Ward had been home to Comfort restaurant for nearly 18 years until the restaurant closed earlier this year.

Choong Man co-owner Soo Choi said the fast-casual Korean fried chicken chain has over 20 locations nationwide, including multiple ones in Northern Virginia and Hampton Roads. The restaurant is leasing the roughly 5,000-square-foot space.

In light of the coronavirus, Choi said the company is operating its other locations as take-out only but will have seating once it’s deemed safe. She added they’re planning to get an ABC license and serve beer, including South Korean brews Kloud Fitz Super Clear and Hite.

“Chicken and beer is the best combination in the world,” Choi said, laughing.

Choong Man is aiming to open on Broad Street in mid-August, and it’s not stopping there. Choi said they’re looking to have multiple stores in the region, namely in Midlothian and Short Pump.

Wait. I missed some news. Why did Comfort cease operations?

Congratulations on bringing this concept to the neighborhood, and region. Wishing you much success.