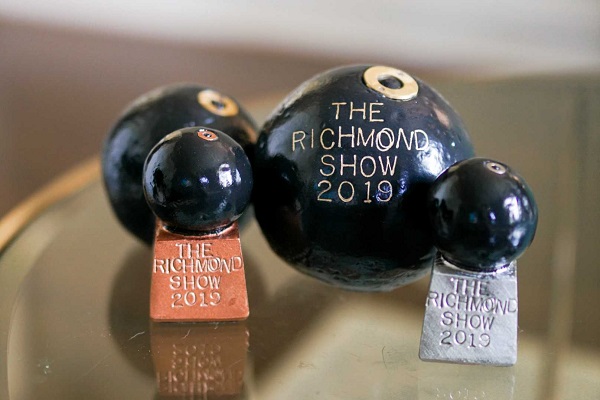 There weren’t the usual costumes and ballrooms of previous awards ceremonies, but the local advertising community still got its time to shine last week in the annual Richmond Show, held virtually this year due to the pandemic.

The Advertising Club of Richmond held its first virtual – and free – awards ceremony Friday evening via a pre-recorded program that was streamed on its Facebook page. 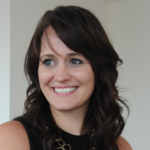 Non-competitive recognitions also are awarded, such as the honorary title of Ad Person of the Year, this year awarded to Molly Whitfield, president and COO of Madison+Main. Whitfield was promoted to agency president in March after 13 years with the downtown firm.

Big winners for the evening were four best-in-show recipients, including The Martin Agency, which picked up two best-in-shows for separate campaigns for cookie maker Oreo. The awards were in the show’s interactive and advertising categories.

Other best-in-show recipients were The King Agency, in the design category for a campaign for Touchstone Bank, and Arts & Letters Creative Co., in the production category for a spot for Google. VCU Brandcenter student Isabel Kerr won best-in-show in the student competition for a content piece for Alzheimer’s Association.

The Barbara Fultz Women in Advertising Scholarship was awarded to Michelle Mead, a rising senior in VCU’s Robertson School of Media and Culture. Alexandria Reid received the Excellence in Creative Education Scholarship, awarded to Brandcenter students.

‘The show must go online’ 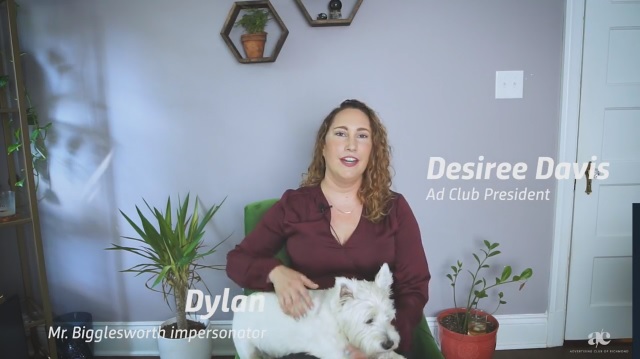 The virtual show started off with a welcome from outgoing club president Desiree Davis. (Screenshot)

Originally scheduled April 10 at The Renaissance downtown, this year’s spy-themed show – promoted with the phrase, “The show must go online” – initially was postponed a month before the club announced it was taking it virtual. It also made the event free to watch, with sponsorships covering the bulk of the costs to produce the hour-plus presentation.

The loss of revenue is a significant hit for the club, which operates as a nonprofit and relies on revenue from sponsorships and ticket sales to fund social events, professional development and other programs throughout the year. Tickets for the ceremony originally were priced at $90 per person for club members, $100 for guests and $80 for students, with packages available for groups reserving tables.

Earlier this year, as concerns about the coronavirus began picking up in March, the club cancelled its Women in Advertising Speaker Series and provided registrants with full refunds.

Despite the lost revenue, the social distancing required with the pandemic also has meant less events and associated costs for the club, reducing overhead as members get creative in new ways, Magdeeva said in an email.

“The Ad Club has monthly and other signature events that we have put on hold indefinitely. Our expenses are pretty minimal because of this,” she said. “I feel that our greatest loss comes from not being able to gather on a monthly basis. We’re a tight-knit community and without the ability to connect in person every month, it’s been difficult.”

Davis, who remains on the club’s board, said the biggest challenge facing the club in the coming months is raising enough money for the scholarships that it awards to area advertising students.

“It’s our social events, workshops and memberships that help us pay for the two scholarships that we offer,” Davis said. “We will need to restructure our budget and get creative with new valuable events we can offer the community to help us raise the money.”

Magdeeva said some of this year’s show sponsors carried their sponsorship over to next year’s event, providing the club with some financial stability while securing themselves additional name exposure. She said such support from among Richmond’s marketing community will help the club as it adapts its program offerings to the coronavirus age.

“As the pandemic continues to rage on, we’ll be turning our focus to continue providing value to our members in different ways,” she said.