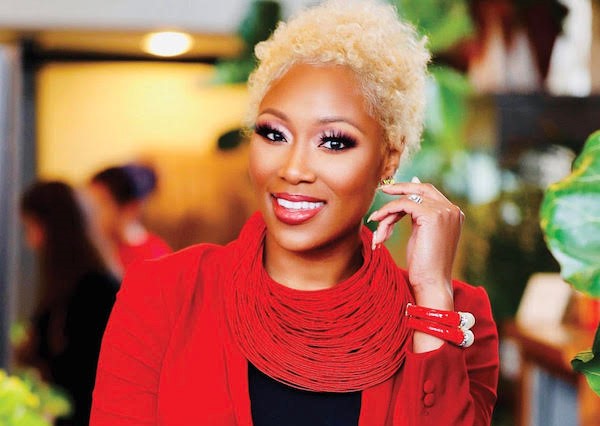 Sassy Jones, which is owned by Charis Jones, was the highest-ranked Richmond area company to be listed in Inc. Magazine’s 2020 annual ranking of the 5,000 fastest-growing private companies. (Courtesy Sassy Jones)

A Manchester-based women’s accessory brand led the pack of 41 local companies that made the latest Inc. 5000 list of fastest-growing private companies in the country.

Inc. Magazine announced the annual list Wednesday. The rankings are based on revenue growth over the last three calendar years.

Sassy Jones owner Charis Jones credited the company’s growth to a pivot away from trade shows to e-commerce, as well as an emphasis on in-person, experience-based events and programming for VIP customers. Those events include spa days, restaurant outings and vacations. The company sells jewelry, handbags, headwear and lipstick among other products geared toward Black women.

“It is critical to nurture customers and create communities,” Jones said. “It pays to do business with our brand in many ways.”

Jones said the company made $4.8 million in revenue last year.

Sassy Jones only sells direct to customers from its website. The company experimented with a brick-and-mortar location on East Grace Street, which closed in April after two years. In a good month, the store made $10,000. The average online selling day rakes in up to $20,000.

“We want to go global. For us, e-commerce is the way to go,” she said.

Richmond-area companies didn’t fare quite as well in this year’s rankings compared to last year. While about the same number of local firms were listed both years, Sassy Jones was the only local company to crack the top 100 this year. Three local companies made the top 100 last year.

Amazing, congrats to all of these companies.