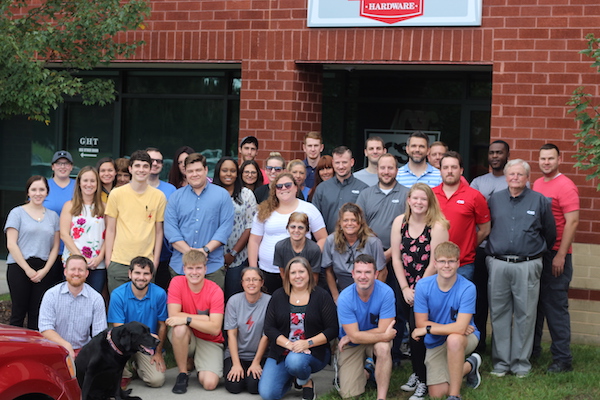 The Richmond region posted its strongest showing in recent years on the Inc. 5000 list of the nation’s fastest-growing private companies, with a Mechanicsville firm breaking into the top 10 for the first time.

There are 42 local companies on Inc. Magazine’s annual list, which is ranked by revenue growth in the last three years. (The full list of local companies included this year can be downloaded here.)

Mechanicsville-based Connected Solutions Group led all local companies, landing at No. 8 nationally, the highest mark for a local company in the list’s history. CSG posted a 12,701 percent growth rate in the three years and had $23.3 million in revenue in 2018. 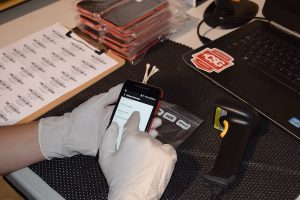 Founded by Michael Pittman in 2015, CSG provides cellphones, tablets and other cellular hardware to businesses that need them for commercial use. Pittman said the company is completely self-funded and profitable.

CSG has fulfilled orders as small a plumbing company that needs a few tablets in its vans. It’s also sent more than 100,000 phones to an Ohio health care company and provided phones for an NFL team that wanted to track the movement of its concessions vendors in its stadium.

“We provide anything that connects cellular data for small business, medium business or enterprise,” Pittman said.

Being brought on as a Verizon referral partner helped bolster CSG’s sales, but Pittman said the growth started simply by filling a hole in the market.

“Between the three parties involved — the carrier, the manufacturer and the customer — they all wanted a solution, but integrating that fell on the customer,” Pittman said. “Put those three together and there’s a gap in the market. I think we filled a niche.”

Pittman said CSG has about 60 employees at its Hanover County headquarters along with 13 in an office in Cedar Rapids, Iowa and salespeople all over the country. He said CSG’s strong workplace culture has helped the company grow as well, with only five employees leaving since its founding.

“I can gamble and take risks because I’ve got a staff behind me that can rise to the occasion,” Pittman said. “They stay here and they care.” 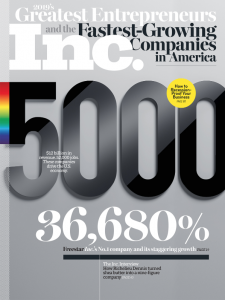 Two other local firms landed in the top 100 of the Inc. 5000: FITT Scientific, a Colonial Heights-based engineering firm at No. 27 and consumer finance startup West Creek Financial at No. 65.

The types of local businesses on the list run the gamut. Retail and hospitality companies such as Gather, Need Supply Co. and Sedona Taphouse Restaurants all made it. Business services firms Dominion Payroll, CapTach Ventures and Taradel also made the list and have appeared on it in previous years.

CapTech and The Hilb Group repeated as the top revenue producers among local companies at $192 million and $141 million, respectively.

This is the highest number of companies Richmond has had on the Inc. 5000 in recent years after landing between 19 and 30 on the list since 2014.