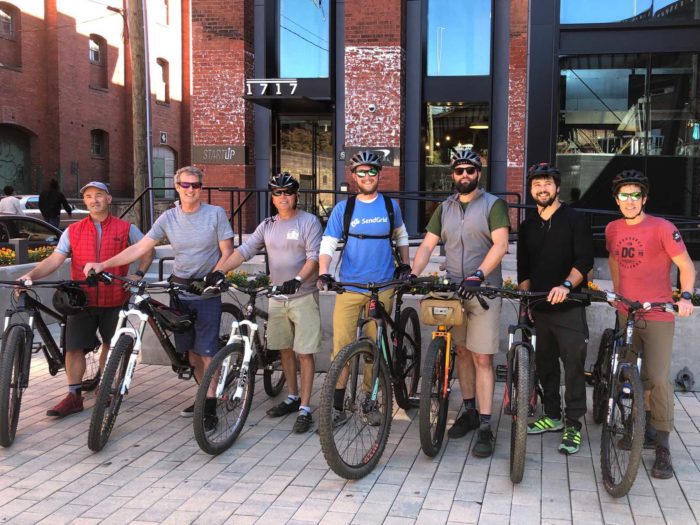 After starting small in 2018, a Shockoe Bottom-based insurance startup is growing its footprint nationwide.

Buddy, which provides on-demand accident coverage to outdoor enthusiasts, expanded its service to 32 states from seven at the start of the summer.

The company positions itself as a helping hand for adventurers who want peace of mind before they set off mountain biking, rock climbing and other intensive outdoor activities.

People can sign up for short-term coverage — as little as one day to as much as a year. Buddy’s policies don’t have deductibles. The company pays out up to $25,000 in cash depending on the treatment received for a covered accident, which includes traumatic brain injuries and paralysis.

“We’ve built technology to manage the sales, distribution, finding and issuance of on-demand insurance policies,” Merritt said. “Whereas, previously, you would call up a broker or an agent, you’d get an annual plan, and it might start in a few days. So, if I wanted to get covered for the bike race that’s today or for my ski trip that starts this weekend and only pay for the premium on those days, that would be pretty difficult in a traditional environment.”

The company offers plans for adults, children and families, and a one-day premium is about $9 in most states.

Business remains brisk despite the coronavirus pandemic. People have taken to the outdoors as other leisurely activities become more challenging to do while socially distanced. Western states like Colorado and Texas have seen strong demand, Merritt said.

Buddy is still waiting on regulatory approval to sell coverage in Virginia, which Merritt said could be any day. Approvals have been progressing steadily in the Southeast and Midwest and slower in the Northeast and West Coast.

Buddy has covered 21,367 days for athletes through Aug. 21, Merritt said, which is up about 100 percent year-over-year. One-third of its policies are for daily coverage, and the remainder are split among annual, monthly and custom-length plans.

All of Buddy’s annual subscribers have renewed the service, Merritt said, though he noted limited travel in recent months has brought new challenges. Meeting new partners in the outdoor industry like event organizers is tougher, but the company has found success reaching adventurers directly.

“We’re seeing lots of folks competing in virtual events, solo or small group bike rides, and getting into hiking or camping,” Merritt said.

The idea for Buddy came after seeing adventurers using GoFundMe to fund emergencies.

Using a background in product design, Merritt founded the company in 2018 alongside a pair of fellow outdoor enthusiasts: insurance veteran Jay Paul and Martin Agency alumnus David Vogeleer, who worked in technology at the ad firm. The group raised $685,000 in capital from family, friends and Techstars, a fund for early-stage startups, ahead of Buddy’s launch and has since raised more capital. Buddy employs six full-time workers.

Merritt is optimistic about the startup’s prospects to take on supplemental health insurance companies and carve out a niche as it continues to move into new states.

“The thing that’s true about chaos and disruption, or sort of difficult circumstances, is that people always find new and creative ways to continue progress,” Merritt said. “I’m excited about where we are, even if the world around us looks a little bit chaotic.”