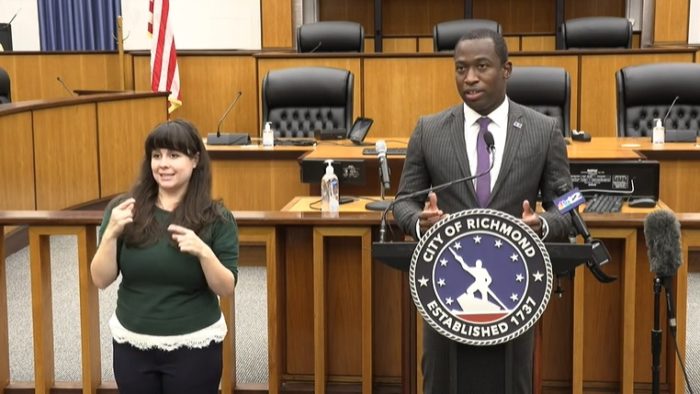 Nearly three months after the program was first mentioned, the city of Richmond is launching a $3 million grant program for small businesses and nonprofits affected by the economic upheavals of the COVID-19 pandemic.

Businesses and nonprofits with fewer than 50 full-time employees and revenues below $5 million last year can apply for the program, which will award grants ranging from $10,000 to $15,000 that recipients can use to reimburse employee wages and benefits, pay rent and utility bills, and use as working capital.

The city’s economic development authority is administering the program, which has been in the works since at least early June. Economic Development Director Leonard Sledge initially had said he was aiming to roll out the program by the end of that month, along with a separate, $500,000 grant program specific to businesses affected by recent civil unrest. That program was rolled out earlier this month.

In an update in July on the city’s COVID-19 response, Sledge said the $3 million program remained in the works but more work was needed to identify best practices before it could roll out.

Applications will be accepted starting Sept. 1, and Sledge said grants will be awarded until the funds are depleted. Applications can be submitted online at www.rvastrong.org/richmondrecovers.

With Richmond Recovers, the city said it has allocated more than $4.1 million to support businesses during the coronavirus pandemic.

By the start of this month, the EDA had approved 48 loans totaling nearly $935,000 through its $1 million small business disaster loan program. Recipients of loans through the program, funded with $1 million of the city’s CARES Act appropriation, have since been allowed to convert those loans to grants.

The city also purchased meals from restaurants to feed first responders during the pandemic through another program that ended July 10 with more than 17,000 meals served. Other efforts have included a tax amnesty program, the city’s Forward RVA website and disbursement of personal protection equipment.

Our Marxist terrorist supporting mayor has caused hundreds of millions of dollars to businesses in the City and the damage will continue for years to come. Yet, he wants a photo shoot for handing out a few crumbs (given to him by the feds) to a small fraction of the businesses he destroyed. . No doubt, these awards will be doled out to businesses that support his “progressive” agenda. This guy needs to go!