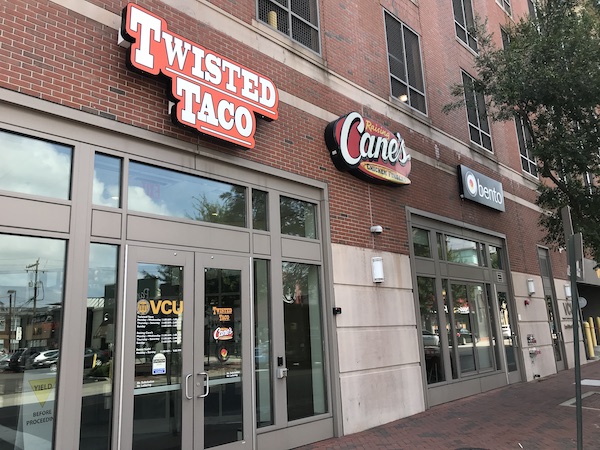 As it precariously welcomes students back to campus, VCU has also welcomed three new-to-market restaurants to its grounds.

The taco and sushi spots join Raising Cane’s Chicken Fingers in Laurel & Grace Place, a 2,300-square-foot commercial space on the bottom of a parking deck. Twisted Taco and Bento Sushi took over spaces that were formerly occupied by IHOP and Croutons.

AVO Kitchen, a VCU-owned concept, opened in the former Cary Street Market & Deli, which had operated along South Belvidere for more than 10 years. 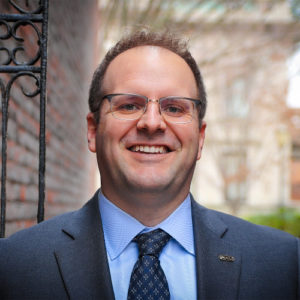 “If (a restaurant) is starting to lose its luster and students and the public don’t want to eat there, then we try to go out and find new locations that we can replace the concepts with,” Barr said. “We try to get a few concepts all together. Then we’ll survey the student body and say, ‘hey, we’ve got some options here, and we’re thinking of replacing a certain location. Go ahead and vote and let us know.’ ”

Atlanta-based Twisted Taco has nine locations nationwide, the majority of which are on university campuses. In addition to tacos, its menu includes Tex-Mex staples like fajitas, burritos and taco salads.

AVO Kitchen, meanwhile, is a health-focused concept, Barr said, with plenty of options that don’t include common food allergens.

“That’s something we designed and built from the ground up with the help of our culinary team,” Barr said. “We wanted to do something a little different and unique to us — not everything has to be a chain.”

All three restaurants are open to both VCU students and the general public.

With something like 50% of locally owned restaurants in danger of going under, why are the tax dollars at VCU being spent to bring in boring franchises from out of town?

Ed, I’m certainly no expert, but I’d guess these chains have more capital necessary to open a space while local merchants may not. Even the larger chains are suffering. Is VCU funding these establishments are they collecting rent?

I hate to see these local shops suffer through this Covid lock down. The lack of leadership in City Hall isn’t helping much, either.

While I agree with you 100%, it may be good to ask if any local restaurants fit the criteria and if they were interested. This facility is staffed by a VCU contractor and any local business would have a limited say in the execution, just like how the Pizza Hut in their student commons is run (suffice to say: it’s not the same as getting to control the operation 100%). For example VCU allowed Ellwood Thompson’s to be the sole provider of food and beverage at the ICA and unfortunately that failed very quickly. It isn’t always easy to make… Read more »