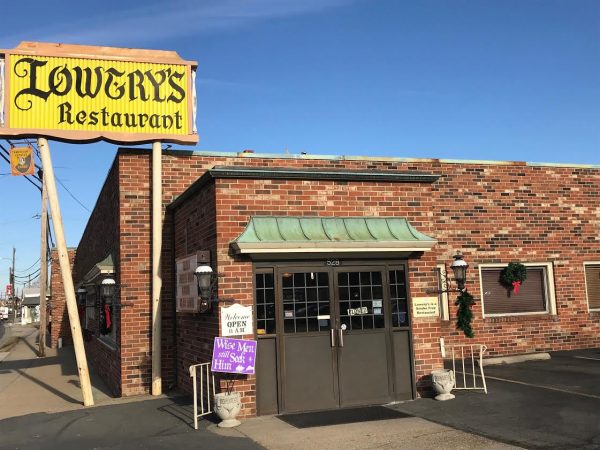 Even a visit from Gordon Ramsay apparently wasn’t enough to save Lowery’s Seafood Restaurant.

The restaurant, which has been in business more than 80 years, initially sought Chapter 11 bankruptcy protection before requesting this week that the case be converted to a Chapter 7 liquidation.

The filing comes nearly two years after members of its namesake family, including William Wesley Lowery III and Robert Lowery, put the restaurant up for sale so they could retire. They had an asking price of $1.6 million, and included sister spot Captain’s Grill & Patio with which Lowery’s shares a roof. After a sale never materialized, Williams’ son, William Lowery IV, took over operations.

The restaurant closed in early March due to the pandemic and has remained shuttered since. Calls to Lowery’s on Thursday went unanswered.

Lowery’s initial Chapter 11 claims the business has up to $50,000 in assets and between $1 million and $10 million in liabilities owed to fewer than 50 creditors.

Lowery’s is represented in the bankruptcy by Mark Dahlberg of Fredericksburg law firm Woehrle Dahlberg Yao. Dahlberg could not be reached for comment by press time.

It’s always unfortunate to hear about a local institution closing. For them to owe $187,000 in sales tax means they had roughly $3M in sales where they neglected to pay the sales tax they collected from customers.

They had been trading on their name for years. It was only a matter of time. Last time my wife and I ate there, several years ago, we were appalled that an item on the menu that clearly said it was cooked in butter was actually cooked margarine. When we brought the fraud to the attention of the manager, he could have cared less. We decided they would not have our business going forward. Total indifference to quality.

Sorry to see this happen, I enjoyed Lowery’s for years, but I noticed the change when they started the buffett and changed the menu then. They removed many of the dishes I thought were there best ones. After Ramsey came in I was skeptical that it would survive after that change over. Lowery’s to me is the old time seafood restaurant, with plenty of fried seafood. Will miss the trip for a date night at Lowery’s.

This is unfortunate but, not unexpected. A few years back, I was in the area and stopped in for lunch. I would have to say it ranked near the top of the worst dining experiences I’ve had. The food quantity and quality was far below expectations, poor presentation, mediocre service and finally, a shockingly high bill. It was tremendously disappointing considering all of the legendary reviews- they must have been from a different era. I decided I would never go back…

Frankly. I’m surprised it made it this far.

There are not many options in that area, so I can see how they may have stayed afloat for so many years. Fried shrimp and canned veggies all around! The Ramsey renovations destroyed any nostalgic branding they had and created a bland and uninspiring new look that did little to turn them around. I am frankly shocked at the amount of debt. Did they ever pay any bills?

Anytime you can hear a minor bird whistle Dixie, and have the largest hot fudge ice cream brownie in existence, it’s worth eating canned peas. Personally, I will miss it.