The City Council meets Monday at 6 p.m. Agenda available here. Business includes a performance agreement between the city EDA and River City Cider LLC, doing business as Bryant’s Small Batch Cider, to provide an economic development grant for construction and improvements to a processing facility in the city. The Nelson County-based cidery is in the process of relocating its local tasting room from Jackson Ward to Shockoe Bottom.

The council plans to defer a vote on a third phase of rezoning recommended in the city’s Pulse Corridor Plan to its next regular meeting on Sept. 28. The proposed changes, which focus on land primarily north of Broad Street in and around the Carver and Newtowne West neighborhoods, have been met with opposition from area residents and multiple neighborhood and civic associations.

At its meeting last week, the Richmond Planning Commission voted after a closed session to reconsider its endorsement last month of a temporary street mural proposed for East Grace Street between Ninth and Eighth streets. The yellow-lettered mural would read “Black Lives Matter” and would stretch nearly 200 feet long and 24 feet wide across from the entrance to the Virginia State Capitol.

The commission voted to continue the matter to its Oct. 5 meeting.

The Chesterfield County Planning Commission is slated to vote on whether to recommend a proposed amendment to the county code regarding the Route 1 Residential Overlay and Northern Jefferson Davis Highway Design District Development Standards at its 6 p.m. Tuesday meeting.

The amendment would permit multifamily units, which are part of developments along the frontage of Jefferson Davis Highway north of Osborne Road, to be located up to 800 feet from Jefferson Davis Highway contingent on several prerequisite factors of the development’s design. The amendment also would reduce required balconies from 50 percent of units to no less than 30 percent when alternative recreational common space is present, among other changes.

A public hearing will be held on the subject. Click here for the meeting agenda. The Board of Supervisors will consider final approval of the proposal at a future meeting. 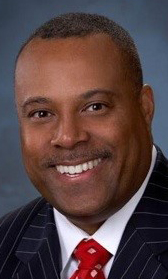 Young has more than 25 years of local government and private sector management experience. He most recently served as assistant county administrator in Loudoun County. In that role, he oversaw the economic development department as well as the planning and zoning department and department of building and development.

Young grew up in El Paso, Texas. He has degrees from New Mexico State University and is a graduate of the Economic Development Institute of the University of Oklahoma. The Board of Supervisors appointed Young on Sept. 1 following a nationwide search. 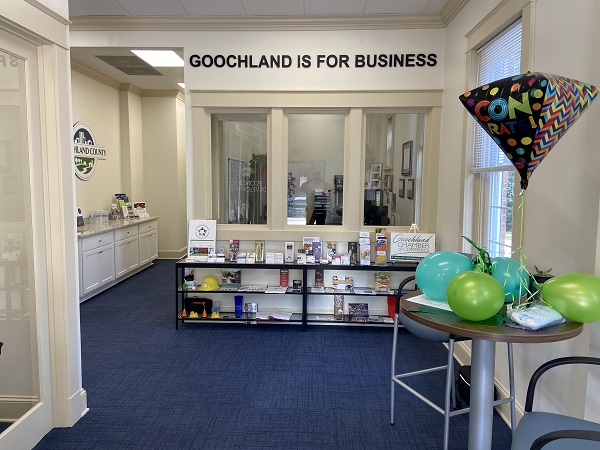 Goochland County held a ribbon-cutting ceremony for its new business center on Sept. 1. The center, which opened in March, brings the county’s economic development department and chamber of commerce under one roof to better facilitate access to economic resources for county businesses. The center is located at 2931 River Road West. 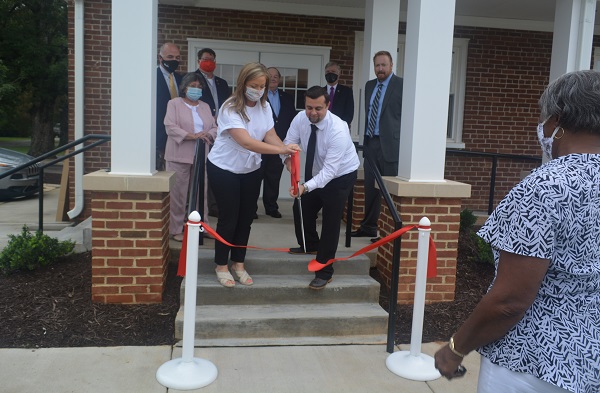 The city of Richmond held a grand opening Friday for the general registrar office’s new location. The registrar’s office moved from City Hall to a larger space at 2134 W. Laburnum Ave., where it has signed a 10-year lease. The 38,400-square-foot space comes with 225 parking spaces.

Goochland County opened its new general registrar office at 1876 Sandy Hook Road, behind the county administration building in Courthouse Village. The remodeled building provides larger dedicated space for election operations for the registrar’s office and the county electoral board. 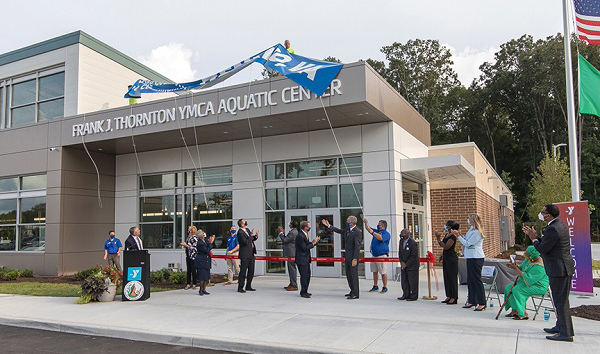 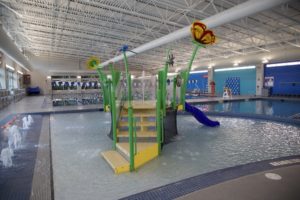 The aquatics center includes pools, a spray area and a water slide. (Photo courtesy of the YMCA)

Called the Frank J. Thornton YMCA Aquatic Center, the 20,000-square-foot facility was funded by the county and will be operated by the YMCA of Greater Richmond. The facility is located at 3201 Watts Lane, beside the Eastern Henrico Recreation Center along Laburnum Avenue.

The pool-only facility opened to YMCA members Friday, and Henrico residents with or without a YMCA membership will be able to swim on Saturday and Sunday afternoons starting Sept. 19. The facility includes an eight-lane, 25-yard pool and a warm-water instructional pool with beach-style entry, a spray area and a water slide. The center also includes family locker rooms, retractable spectator seating and parking. 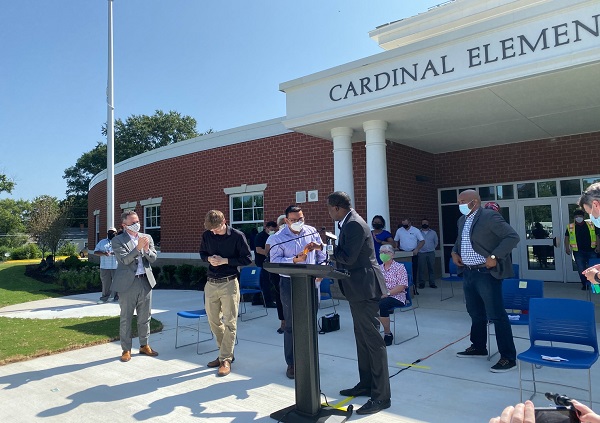 Principals of the city’s three newest schools were presented keys in a recent ceremony. (Photo courtesy of the city of Richmond)

A presentation of keys to the principals of the new Cardinal Elementary, Henry Marsh Elementary and River City Middle schools marked the completion of those projects, which totaled $146 million. The schools were funded using revenue from a 1.5 percent increase in the city meals tax that was approved in 2018.

Once students return to school in person, the buildings will provide space for 3,250 students from Richmond’s East End and Southside. All three buildings are LEED certified and were completed on schedule. Contractors and subcontractors included AECOM, RRMM Architects, Branch Builds, S.B. Ballard and Howard Shockey & Sons.

The city of Richmond is in the third week of a soft launch of RVA.gov, a new municipal web platform to replace its previous website, richmondgov.com. The update is the first in 15 years and includes content that can be translated into 36 languages.

News and announcements from city departments scroll on a ticker on every page, and content managers for each department will be able to update their information in real time. The site will be phased in over the coming months and will ultimately replace richmondgov.com, which will remain available as a resource for a time.

The city contracted with Tech Dynamism, a website development firm in Charlottesville, and Acquia, a web content management platform headquartered in Boston. Contract amounts were not available from the city Friday.