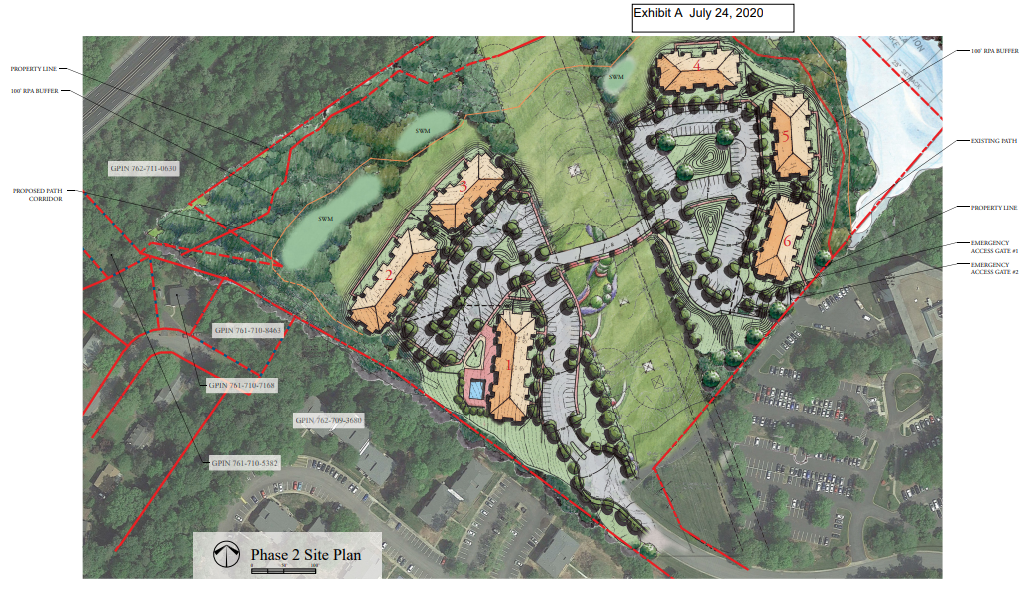 Boulders apartments up for deciding vote in Chesterfield

At its meeting last week, the Hanover County Planning Commission deferred to its Oct. 15 meeting consideration of Hickory Grove, a multiuse development at East Patrick Henry and Providence Church roads proposed by Rogers-Chenault Inc. Commissioners said concerns about the project remained outstanding when they voted to defer the case for 30 days. The commission had previously deferred a vote since initially reviewing the project in June.

The city of Petersburg broke ground on a park-and-ride facility at 100 Washington St. The 76,500-square-foot facility is a Smart Scale-funded project and will provide up to 215 parking spaces, according to a CBS-6 report. Construction is planned to start in December and finish in 2023. Williamsburg-based GuernseyTingle is the architect.

Henrico supervisors meet Tuesday. Business on the 7 p.m. agenda includes approval of a lease for 7,500 square feet of office space at 4914 Radford Ave. to house facilities for the Capital Region Workforce Partnership, for which Henrico serves as fiscal agent. The space is replacing facilities at 203 E. Cary St. in Richmond, the lease for which is set to expire at year-end.

The five-year lease for the Radford space will start at $126,225 annually and increase 2 percent each year thereafter. Full meeting agenda here.

Neighborhood and community organizations in Richmond can apply for a grant from the city to continue or expand capacity for emergency childcare and facilitated learning centers. Mayor Levar Stoney announced the grant program last week.

The program reserves $1 million in CARES Act funding to support known providers from across the city. Providers will be able to use the funds to continue to provide care more safely or expand the number of slots available in their programs. Application information and materials are available here.

Hanover County provided about $270,000 to assist county-based businesses as they navigate the economic disruptions of the coronavirus pandemic, the county announced Wednesday.

The county’s Small Business Resiliency Grant program provided funding to about 60 businesses employing 88 people as of June 1. Companies that received funding met eligibility requirements. Of the companies approved for funding, 53 percent were small, women-owned and minority-owned businesses. More than 70 percent of the companies had fewer than 10 employees.

The grant program was powered by $300,000 in federal CARES Act relief funding. The county accepted applications in two rounds of the process between July 27 and Sept. 14.

The Powhatan County Board of Supervisors and Planning Commission will hold a joint meeting to discuss updates to the comprehensive plan and other topics. The meeting will be held at 6:30 p.m. Tuesday at the Powhatan Landmark Center. Click here for the meeting agenda.

Business includes a request from the Hanover County School Board to amend a conditional-use permit to allow installation of solar panels on land between Kersey Creek Elementary School and Hanover Center for Trades and Technology. The panels would produce electricity for the trades center, and the power would be purchased from the solar facility operator at a cost savings from what would otherwise be paid to Dominion Energy, according to a staff report.

The Richmond Planning Commission meets at 1:30 p.m. Monday. The agenda includes reconsideration of the commission’s recent endorsement of a temporary street mural proposed for East Grace Street between Ninth and Eighth streets. The yellow-lettered mural would read “Black Lives Matter” and would stretch nearly 200 feet long and 24 feet wide across from the entrance to the Virginia State Capitol.

The commission also will receive a presentation of the “pre-final” version of the Richmond 300 master plan update. Full meeting agenda here.

New city office to focus on equitable transit and mobility

Mayor Levar Stoney announced the launch of a new Office of Equitable Transit and Mobility. Part of the public works department, the office is tasked with designing and implementing a vision for a connected, safe and equitable transit and mobility infrastructure. 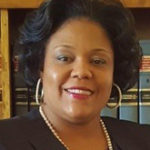 Using updated figures that remain unaudited, the city of Richmond is now estimating a net surplus of $13.75 million at the close of FY2020, the city administration announced in a release.

The city last month projected a net surplus of roughly $4.7 million for FY2020 based on financial data as of June 30, the last day of the fiscal year.

The revised surplus represents nearly 2 percent of the general fund budget and follows cost-saving measures and budget modifications made in the early stages of the pandemic.

According to the release, the city’s fund balance policies require half of the calculated surplus go to “rainy day” reserves, 40 percent to capital maintenance reserve and 10 percent to special purpose reserves.

The projected surplus is unaudited. Audited numbers would come from an annual financial report that is scheduled to be presented near the end of this calendar year.