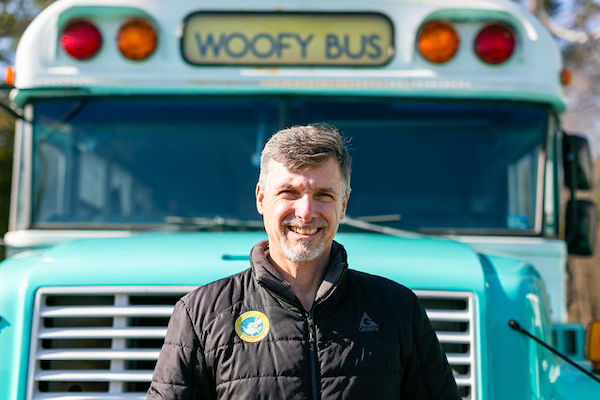 After things got hairy in the dog days of the pandemic, the Woofy Wellness fleet has been getting busier ever since.

The Sandston-based dog care center took some licks in the first part of March, as the pivot to remote work meant customers didn’t need daycare services for their pets. The 2-acre center at 5912 Lewis Road also does boarding, and when traveling dried up it took that segment of business with it.

But by late March, founder and owner Jeff Kellogg said a new wave of business arrived thanks to the trend of increased pet adoptions after COVID took hold.

“A lot of people went out and raided the kennels and shelters to get dogs,” said Kellogg, a former MeadWestvaco exec who started the business in 2017. “Those dogs and puppies need a place to go during the work day.”

People who went out and adopted dogs have since become customers, and that influx of new business meant the company has been able to offset the earlier revenue drop and navigate an otherwise turbulent economy. As offices reopen, the expectation is revenue will continue to climb.

“We’re back on track to where we wanted to be,” he said. 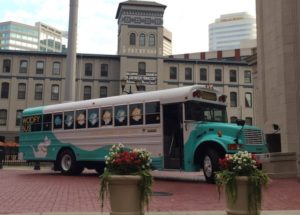 Woofy Wellness operates a fleet of six buses to transport dogs to and from its care center in eastern Henrico.

The company’s resilience has been fueled in part by its fleet of six buses, which it has used since its inception to make pet transportation to and from its facility more convenient for customers. That model adapted well to the pandemic.

Kellogg said it was relatively simple to add pickup points throughout town and accelerate existing plans to move pickup points into more residential areas. The company now has 15 pickup points serving more than 50 dogs on an average day, with plans for another four stops within the next few weeks. The company primarily serves the city, Short Pump, the West End, Mechanicsville, Ashland and Wyndham. It also has a presence along the State Route 288 corridor.

With sustained interest in telecommuting, Kellogg expects to further expand his services in residential areas. The company also does a lot of business with local companies that pitch the daycare as a perk to employees.

“We’ve got to figure out the new normal,” he said. “I like to say that we need to skate to where the puck is going, not where it is.”

In addition to boarding and daycare, Woofy Wellness offers grooming, training and other services. The company, which has 12 employees, is looking at opening franchises elsewhere in Virginia and other states.

I’m so happy to see this very unique local business thrive, and Jeff is a great guy. Congratulations on all of the success!