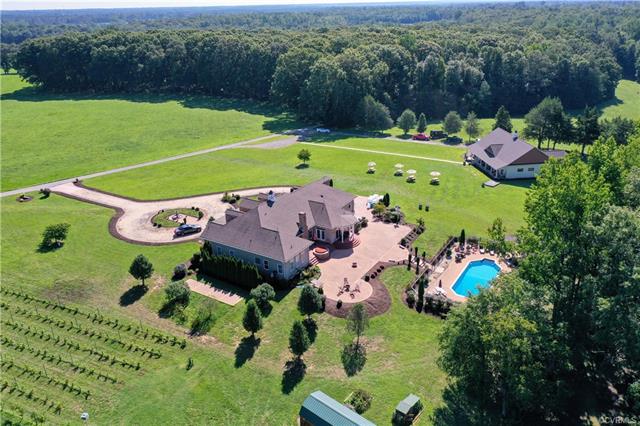 Note: This story has been updated with comments from Ed Cowdrey received after publication.

A $2 million listing in Hanover County is serving up a residence with some wine on the side.

Castle Glen Winery, a tasting room and vineyard near Doswell, is included in the listing that hit the market this month for 18185 Narrow Path Trail, a 4,700-square-foot house on a 10-acre parcel about 5 miles northwest of Kings Dominion. 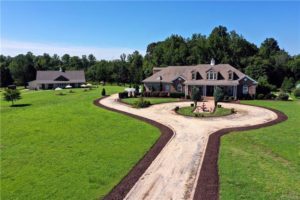 The house includes a circular driveway with a fountain.

Sellers Edward and Pamela Cowdrey started the winery around the time the house was built in 2010. The listing from Natt Hall with Afton-based Virginia Estates says the winery conveys with the house, complete with winemaking equipment, vineyard and farm equipment and furniture.

Hall did not return messages seeking comment. Reached Friday, Ed Cowdrey said he and Pamela are selling the property for personal reasons.

“It’s a nice big piece of property. I would think that somebody will want to take (the winery) over,” Cowdrey said. “The venue is very well-built and established, and all the equipment is set up and functional. Somebody’s going to want it.” 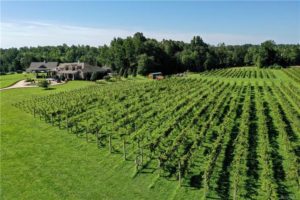 The 10-acre property includes several acres’ worth of vineyards.

Described in the listing as a turnkey boutique winery, Castle Glen started selling its own wines in 2015 after planting its vines six years earlier, according to its website. Its reds, whites and seasonals have been carried at several area retailers, and the winery also was marketed as an events venue. Cowdrey said the business employs two other full-time and five part-time employees.

The 10-year-old house has four bedrooms and four bathrooms across 1½ levels. The property includes a pool, a circular driveway with fountain and a rear patio with an indoor-outdoor fireplace and hot tub. 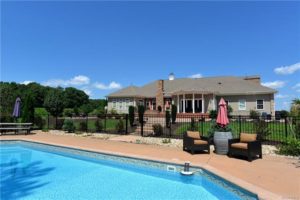 A rear patio leads to the pool.

Hanover property records show the Cowdreys purchased the land in 2009 for $135,000. The latest county assessment valued the property at $734,400.

The listing states that the property is priced according to appraisal and cost of equipment conveying. The listing went active Sept. 9 at $2.017 million and was reduced in price the following day.

Cowdrey said the listing has received three inquiries so far. Having built the home and winery from the ground up on what had been an alfalfa field, he said it is bittersweet to let go of the business, which he said has been picking back up after being closed for the pandemic. 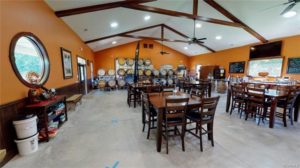 The tasting room and winery equipment conveys with the property.

“I love being in this business. I truly love it,” he said. “It’s not like being in corporate America where everything’s cut-throat. The winery business, everybody helps everybody, everybody’s friendly to everybody. I love helping customers and seeing everybody have a good time. I’ll miss that part of it for sure.”

Castle Glen is one of only a few wineries in Hanover, a list that’s getting shorter.

James River Cellars Winery is off Route 1 near the Henrico County line, while White Plains Farm & Winery — a farm winery run by former state delegate Chris Peace and his wife Ashley — closed this year after a three-year run. Ashley, president of Richmond-based Sauer Properties, said the closure was due to their relocating to the city.