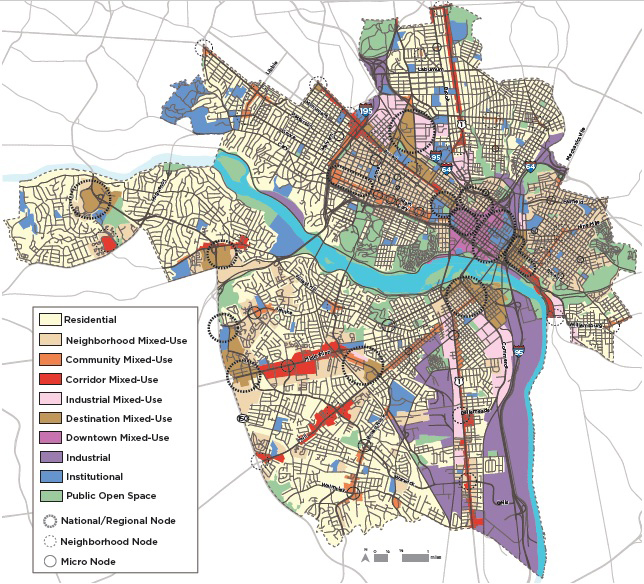 Correction: The Richmond 300 plan will be introduced to City Council and referred to committee at its Nov. 9 meeting. An earlier version of this story incorrectly reported that council would vote on the plan at that meeting. A vote and public hearing would be held at a later date, potentially at council’s Dec. 14 meeting.

Two Richmond planning initiatives that have been years in the making have passed initial votes on their way to the City Council.

The city Planning Commission on Monday voted in favor of the Richmond 300 plan, the latest update to the city’s master land-use plan. It also endorsed proposed changes to the city’s B-3 zoning district that were initially introduced this summer.

The B-3 changes go to the council for a vote at its Oct. 12 meeting. Richmond 300 will be introduced to council Nov. 9, with a final vote anticipated at its Dec. 14 meeting. A public hearing would precede council’s vote.

In the works for three years, Richmond 300 is a 20-year plan intended as a blueprint for growth through the city’s tricentennial in 2037. The 200-plus pages that make up the document include various recommendations that are meant to guide development and future zoning decisions.

During a hearing before the vote, several speakers addressed the commission with support or concerns about the document, including speakers from Oregon Hill who reiterated opposition to the area being included in a land use designation called “neighborhood mixed-use,” which envisions building heights of up to four stories, and taller in some places.

A suggestion was made to change the designation to “residential,” but commission members and planning staff said the mixed-use designation is intended to reflect the mix of residential and commercial uses that already exist there.

“I think it’s really important that Oregon Hill preserve its character as a mixed-use neighborhood,” Commissioner David Johannas said, adding that to change the designation to residential would suggest that the neighborhood doesn’t want the restaurants and corner stores that are there now and add to the neighborhood’s character.

Commissioner Vik Murthy also responded to concerns that the plan was a binding document that could not be revised. Recent additions to the plan call for implementation and reporting metrics designed to show how the plan is being applied and keep its recommendations relevant and up-to-date over time.

“This is not a rezoning of the city; this is a plan for the city,” Murthy said, adding that opportunities for review and public comment of development proposals would remain in place. 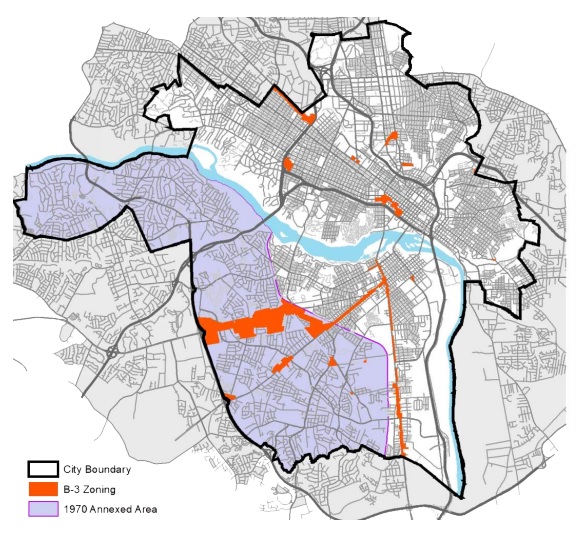 A map of the B-3 zoning district in the city. (BizSense file)

The commission also endorsed an ordinance to amend the B-3 General Business zoning district, found in areas across the city but mainly along commercial corridors in the Southside such as Midlothian Turnpike, Hull Street and Jefferson Davis Highway.

The changes would move away from the large street-fronting parking lots and building setbacks that define those corridors, parts of which make up the bulk of B-3 zoning in the city. They also would prohibit or restrict certain businesses considered incompatible with neighboring residential areas, such as adult entertainment and so-called predatory lending businesses.

The amendment stems from a request from City Councilmember Michael Jones, who, in asking for a study of the district two years ago, maintained that the preponderance of B-3 south of the river is inequitable with other parts of the city.

The ordinance goes to the City Council for a deciding vote next Monday as part of that meeting’s consent agenda, which consists of items typically voted on without discussion.

A companion resolution that the commission requested in August would identify specific areas in the B-3 district that do not fit the zoning and would need to be changed. That resolution remains in the works and would be presented to the commission in coming months.

In other business Monday, the commission supported an ordinance in which the city would acquire the Social Services building at 900 E. Marshall St. from Advantage Richmond Corp., which is in the process of being dissolved after meeting its debt obligations on the property.

The city-created corporation had been formed in 2005 to issue $12.1 million in revenue bonds to fund the building, which DSS leased for as recently as $200,000 a month in an agreement that expires later this month. The agreement calls for ownership to transfer to the city, which also is assuming $3.9 million in excess funds that ARC had generated. 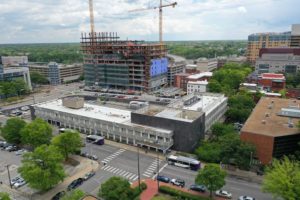 Those funds would be transferred to the city’s Capital Improvement Program budget for future capital improvements to the property, according to a city staff report. DSS would pay a third party for management of the building, which is across the street from City Hall.

The DSS building was among city-controlled properties included in the Navy Hill redevelopment plan that the council rejected earlier this year. It’s also adjacent to the city’s Public Safety Building, which the development team behind Navy Hill is looking to replace with a proposed 20-story, $350 million development.

What needs to be understood by everyone is that land designation is used to justify future zoning. Objective #1 of the Richmond 300 plan is change zoning to match the future land use designations. Any SUP will be recommended for approval by planning if it matches the future land use designation. Oregon Hill neighbors worked hard for our appropriate R-7 zoning and we need a future land use that matches it! What Olinger kept coming back to during the Zoom meeting is that he and other planners would like to see ‘old storefronts’ brought back to commercial use and that… Read more »

What about the B-3 height changes – is it still proposed to allow by right to 7 stories from what had been 5 I believe? Hopefully this portion did not get nixed – New 7+ story height would be great to see along Hull St in Swansboro and Broad Rock neighborhoods heading south from Manchester.