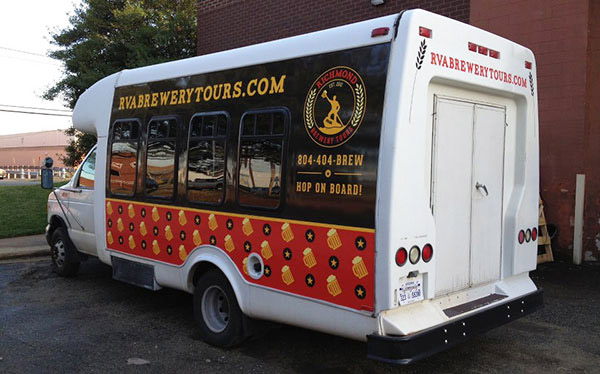 A local walking food tour company has acquired a brewery-focused competitor and its first set of wheels.

The deal, which closed in May with undisclosed terms, gives the food tour business a year-round brewery tour arm, as well as a 14-passenger tour bus that will give the food tour operation the added option of being motorized for the first time since its launch five years ago. 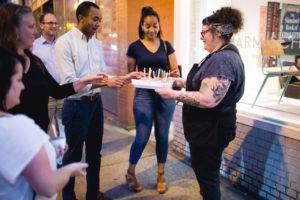 “We exclusively did walking food tours, and us adding brewery tours felt like a natural extension,” said Beard, who owns the company with his wife Erin.

The bus, which came as part of the acquisition, will allow food tours that cover more ground than with the on-foot model, though the company will continue to offer walking tours. It will also be used for a Christmas light tour.

Though the acquisition allows some consolidation of operations, Richmond Brewery Tours’ prior programs will continue to be offered, Beard said.

Tommy Miller, who owned and operated Richmond Brewery Tours prior to the deal, launched the company in 2013 and had been running it as a side gig.

“I realized I took it as far as I could. At the end of the day, it’s a side business and I have a full-time job and a family,” said Miller, who is a business manager at the Virginia Economic Development Partnership. “I picked good people (to run Richmond Brewery Tours). They will be able to take it to the next level.”

Looking forward, the plan is to create a single public-facing brand identity for River City Food Tours and Richmond Brewery Tours that’s still to be determined.

After putting a temporary stop on operations due to the coronavirus pandemic in March, the tour company started to get the ball rolling on tours in a limited fashion in the summer. Business on the food tour side of operations is about 20 to 25 percent of what it was this time last year, Beard said.