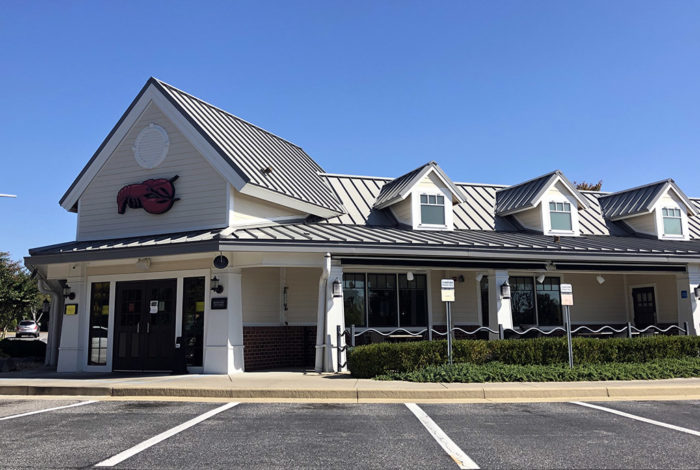 The Red Lobster location remains open for business despite the rent dispute.

The havoc wreaked on the retail and restaurant industries by the pandemic has forced commercial landlords to be patient with their tenants.

But on at least a handful of occasions since March, certain landlords of Richmond-area properties have shown that the patience only lasts but so long, particularly when dealing with national tenants.

At least five lawsuits have been filed in local circuit courts in recent months by commercial landlords against big national chain tenants for failure to pay rent for months at a time.

Most recent among them is a case filed last month in Chesterfield County, where the operator of the Red Lobster location at 13236 Rittenhouse Drive in the Village at Swift Creek shopping center was sued for allegedly only paying its $11,000 monthly rent once since April.

The owner of the restaurant building, Swift Creek Associates, sued the operator of the Red Lobster location, ARCP RL Portfolio I, tied to Phoenix-based VEREIT, for breach of contract after it allegedly fell into default by first missing April’s rent.

The tenant then missed May, June, August and September, paying only July’s rent, the suit claims. That’s despite the landlord sending at least two demand letters since April.

Red Lobster remains open for business in the 7,500-square-foot, standalone building. Its lease runs through March 2023.

The landlord, an entity tied to BET Investments in Pennsylvania, argues it is due the total amount due under the next 12 months of the lease, a total of $156,000. The company is represented in the pending case by Brittney Powell of Fox Rothschild.

The defendant has not yet filed a response in the case.

About nine miles north in Chesterfield, the Bed Bath & Beyond store in the Towne Crossing shopping center at 11647 Midlothian Turnpike allegedly missed its rent payments in April, May and June.

That’s according to a lawsuit filed July 28 by BRE RC Towne Crossing VA LLC, tied to ShopCore Properties, an affiliate of the Blackstone Group, which purchased Towne Crossing in 2016.

Bed Bath & Beyond remains open for business in the 40,000-square-foot big box, for which it pays $42,000 per month, according to the lawsuit. The tenant did pay July’s rent, the suit states.

The landlord is seeking a judgment for $153,000 and demands immediate possession of the premises. In light of the alleged default, the company also seeks a judgment for the right to collect all future rent owed under the life of the lease through 2024, totaling $1.57 million.

The case is still pending and the tenant has not filed a response.

The landlord is represented by Ashley Barebo of Nelson Mullins Riley & Scarborough in West Virginia.

Out in Henrico County, the owner of the Corner at Short Pump shopping center is suing restaurant chain Zoe’s Kitchen after it began to fall behind on rent in April.

The chain closed the Short Pump location at some point during the pandemic, after informing its landlord in March that it would not be paying its rent in April.

The landlord, an entity tied to locally-based Rebkee Cos., filed suit in Henrico Circuit Court on May 20, claiming Zoe’s defaulted on its lease by missing the rent in April. Its lease called for rent of $12,000 per month, according to the case.

The suit states that the landlord then changed the locks on the 2,800-square-foot space.

The lawsuit is still pending, with the landlord alleging breach of contract and attempting to collect $612,000 in damages. Zoe’s has not filed a response.

Back in Chesterfield, the Citi Trends retail store over at the Meadowdale Plaza shopping center at 4104 Meadowdale Blvd. also is involved in a rent dispute.

The store hadn’t paid its rent since February as of the lawsuit’s filing on May 28. It pays $12,100 for its 12,000-square-foot store, which remains open for business.

The landlord, an entity tied to Sandor Development in Indiana, claims it was owed at least $27,000 for unpaid rent and fees as of May. The case is still pending and the tenant has not filed a response.

Sandor is represented by W. Alexander Burnett from Williams Mullen in Richmond.

Burnett, while not commenting specifically on the Citi Trends matter, said the trouble for many tenants began, unsurprisingly, shortly after the pandemic-induced economic shutdown in March.

“For the most part the trend was people were not paying rent for April, May, June and July,” Burnett said. “The vast majority of tenants who weren’t paying had legitimate problems because they were shut down because of the pandemic. Most started paying rent again in Virginia starting in August.”

Burnett said despite the handful of cases in the area, many landlords have shown patience.

“Generally speaking the landlords are being pretty good about working with the tenants, though there are exceptions to everything,” he said. “If there’s good communication, the landlords are generally being more cooperative. They’re not necessarily waving rent but kicking those months that weren’t paid to the end of the lease.”

could we get some info on Henric, Richmon and Chesterfield as to which one has the worst situation, and a word or two on how we comare to the nationwide average?