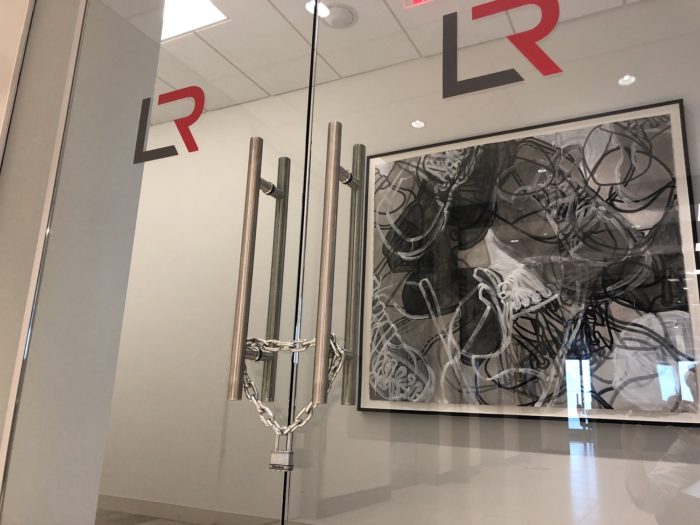 LeClairRyan’s biggest creditor is now the first big target of the defunct Richmond legal giant’s bankruptcy trustee, who’s on the hunt for potentially hundreds of millions of dollars in damages.

Lynn Tavenner, who’s handling the LeClairRyan bankruptcy estate, on Monday filed suit against ULX Partners and UnitedLex Corp., claiming the defendants conspired to siphon millions out of the 30-year-old law firm as it was teetering toward collapse.

The 50-page suit paints a picture of LCR’s final months before its September 2019 bankruptcy and some of the last-ditch efforts that were floated to keep it alive.

Among those efforts was the creation of ULX Partners, a venture jointly owned by LCR and UnitedLex that was billed at the time of its announcement as a way to modernize the traditional law firm business model by farming out back-office employees.

Ultimately, the suit claims, a dying law firm was kept alive longer than it should have been in order to “improperly and unfairly extract millions of dollars from the estate, to the detriment of LeClairRyan’s creditors.”

The suit seeks more than $128 million in total damages based on 13 counts, including from fraudulent transfers, aiding and abetting a breach of fiduciary duty, conspiracy and unjust enrichment.

It’s the first sizable claim filed by Tavenner since she enlisted special counsel from Foley & Lardner, a major law firm based in Milwaukee, to investigate potential litigation related to LCR’s downfall.

Such suits are common in large corporate bankruptcies, as trustees often seek to blame insiders for mistakes made leading to a company’s demise. Such cases often also look to trigger insurance policies that would still be in place to cover directors, officers and others from liability.

LCR fell into bankruptcy in April 2019, three decades after its founding in Richmond in 1988 by Dennis Ryan and Gary LeClair.

When ULX Partners was created a year earlier, the lawsuit claims, LCR was already in dire straits.

“By at least the end of 2014, the debtor was insolvent, or within the zone of insolvency…” the case claims. It states the firm was plagued for years by financial mismanagement, including overpaying certain attorneys and declining revenues.

It says the ULX deal was a lifeline, intended to prop up the firm in the near term with liquidity, while shaving costs long-term by farming out back-office workers, all while allowing LCR to invest in what the two sides saw as a promising new legal service that could also be sold to other law firms.

But Tavenner claims the deal wasn’t quite as publicized, and it ultimately gave UnitedLex and ULX “unprecedented control” of LCR as it was foundering.

The suit claims LCR was unable to function on its own without the support of ULX and that ULX was sharing in fees from LCR’s legal practice, which is prohibited by the Virginia State Bar.

“The defendants used the (joint venture) agreements to influence and control LeClairRyan’s decision-making and require LeClairRyan to pay them ahead of other creditors,” the trustee alleges.

The suit claims that ULX and UnitedLex pressured the struggling law firm into misusing and comingling clients’ funds, and not paying certain day-to-day expenses such as client court fees and office lease payments. In some instances, that forced LCR’s attorneys to pay for client fees out of pocket.

Another notable passage from the lawsuit is a narrative about “Project Modern,” another last-minute effort to keep LCR afloat by creating a new law firm called the Novellus Law Group.

The idea, which would have forced LCR’s shareholder attorneys to rely more on a base salary, was floated in May 2019, just a few months before its bankruptcy filing.

“(Novellus) was not intended to simply be a continuation of LeClairRyan, but rather a new entity that retained LeClairRyan’s profitable members while leaving certain debt and other liabilities…with LeClairRyan, which would have to be wound down.”

After that effort was not supported by the remaining LCR shareholder attorneys and an effort for additional financing from the firm’s main lender fell through, the firm began to formally wind down in July 2019, before going bankrupt later that summer.

In the end, Tavenner claims ULX and UnitedLex pocketed $19 million worth of avoidable, fraudulent transfers, the bulk of which came in the final year of LCR’s operations.

She’s seeking to recoup that money, plus $42 million from the defendants for allegedly aiding and abetted a breach of fiduciary duty. State law allows for those damages to be tripled, to the tune of $128 million.

The suit also seeks to cancel out the $8 million debt ULX claims it is owed by re-characterizing it as equity. That figure makes ULX the firm’s largest creditor, according to filings made early on in the bankruptcy case.

Reached Wednesday for comment on the claims, a UnitedLex spokesperson said in an emailed statement: “We believe the allegations being raised through the bankruptcy of LeClairRyan have no merit. As a major creditor of LeClairRyan, we fully expect the bankruptcy process to fairly resolve this matter. We eagerly await the resolution process and the opportunity to highlight our client commitment.”

Portions of the case also hint that similar suits could be filed against some of LCR’s former officers, directors and shareholders. It claims, without naming names, that the board and officers breached their fiduciary duty to the firm by entering into the ULX deal and making misleading and false statements to consultants that were helping craft the deal.

No additional complaints had been filed as of press time.

Strict liability “clawback” claims may be forthcoming that will be an expensive and unpleasant experience for those on the receiving end.