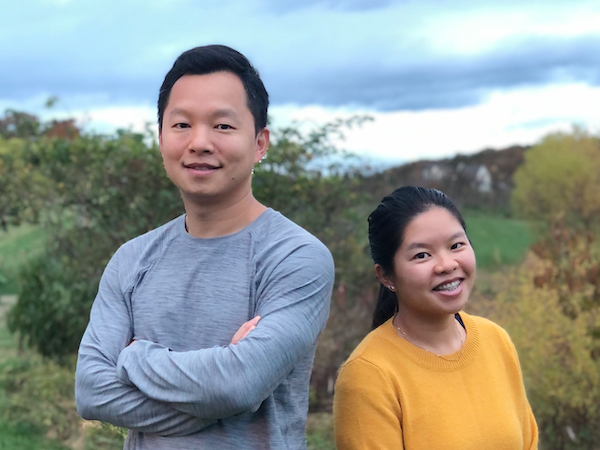 Looking to grab a morsel of market share in a crowded field, a local brother-sister duo are jumping into Richmond’s food delivery scene.

Phu and Phuoc Nguyen are launching Foodē, an app to facilitate delivery, takeout and contactless dine-in services for local restaurants and grocery stores. The service will operate in the West End when it debuts next month, though it plans to eventually expand into downtown and Southside before heading to Hampton Roads and D.C.

The Nguyens are betting they can carve out their space amid big names like UberEats and DoorDash by undercutting the national players’ delivery fees and presenting Foodē as one of few local alternatives, joining the likes of Chop Chop and QuicknessRVA.

“What we’re trying to do is deliver value to (local) merchants,” Phu Nguyen said. “We provide them a cheaper alternative that’s more local.”

Foodē will charge 10 percent delivery commission to restaurants and grocers. National delivery apps have delivery fees of about 30 percent. Customers also pay a delivery charge based on distance.

Nguyen said they’ve thus far signed on upcoming organic grocer Organic Plus, and restaurants Pho 95 and Maple Bourbon. Nguyen said he’s been in talks with several more restaurants he hopes to add to the app’s lineup, though he didn’t share which restaurants.

Nguyen said the app has more than 50 drivers signed up, and the company could deploy contractors who deliver on bikes in the future.

Third-party national delivery apps have been a lifeline, albeit an expensive one, for restaurants as they navigate the fallout of the coronavirus pandemic. Government health orders have limited the use of indoor dining areas, leaving eateries to lean more heavily on takeout and delivery.

Nguyen said the havoc that the pandemic has played with the restaurant industry motivated him and his sister to start the company, which has been self-funded. The company operates out of Startup Virginia, an incubator located in Shockoe Bottom.

Foodē is a side-gig for Phu and a full-time job for Phuoc.