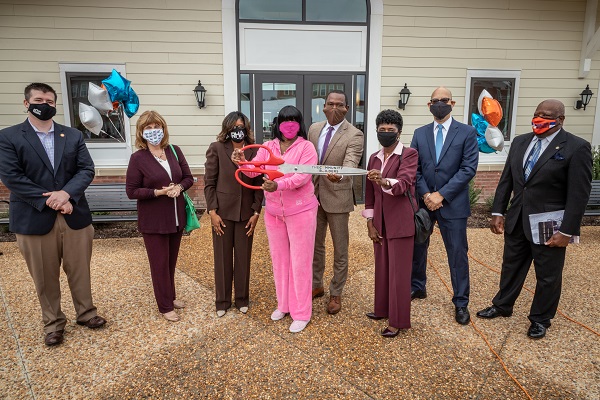 Armstrong Renaissance residents, developers and supporters gathered with city officials for a ribbon-cutting ceremony marking the completion of the project’s first phase. (Photo courtesy of The Community Builders)

City officials joined developer The Community Builders to cut the ribbon on phases 1A and 1B of the 22-acre Church Hill North project, recently branded as Armstrong Renaissance. The Boston-based nonprofit is leading the development of the mixed-income community in collaboration with the Richmond Redevelopment and Housing Authority.

The development will total 220 apartments and 36 for-sale homes for qualifying buyers. Phases 1A and 1B include 105 apartments, new infrastructure and a 4,000-square-foot community center.

The Richmond Planning Commission meets at 1:30 p.m. Monday. Full agenda here. Business includes a request from Branch House Associates LLC to amend the museum’s special-use permit to increase allowable event sizes from 150 to 300 people, as well as to allow a dwelling unit for an artist-in-residence and retail space.

The city has received opposition to the proposal from six area residents, and support from four residents and four community groups. The Fan District Association submitted a letter of no opposition. 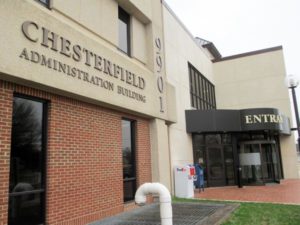 Chesterfield County will launch a third round of its Back in Business Grants program on Nov. 12.

Chesterfield launching next round of pandemic relief funding

Chesterfield County will launch a third round of its Back in Business Grants program on Nov. 12. The program is targeted to county-based small businesses and uses federal CARES Act funding to reimburse expenses tied to operations during the pandemic.

New program criteria, including a greater range of annual gross revenue, will expand eligibility to more businesses and nonprofits. The county earmarked $5 million for the program and expects to award its remaining $3.1 million in funding in round three.

Businesses must demonstrate at least a 25 percent loss in revenue attributable to the pandemic, have at least $30,000 but no more than $6 million in annual gross revenue and be located in the county, among other requirements. Recipients of previous Back in Business funding rounds or the county’s Childcare Provider Grant aren’t eligible.

Grant amounts, based on annual gross revenue, are $5,000, $7,500 and $10,000. Applications and more information about eligibility requirements are available here.

Chesterfield County said it has doled out $1.9 million in grant funding to 80 childcare providers through the county’s Childcare Provider Grant program. The money came by way of the county’s CARES Act funding allocation from the federal government. A full list of recipients can be found here.

Townhome developments continue to be required to provide two spaces per residential unit. The amendment tweaks the requirement of a space in a communal lot per every five units to allow an on-street parking space as an alternative to one in a communal lot.

The Petersburg Library Foundation held a groundbreaking ceremony for its new Library Conference and Event Center. The 6,400-square-foot center will include a 300-seat auditorium and be able to host banquets of up to 200 people. The facility is designed to accommodate various event layouts and will include a stage, dressing rooms and a conference room.

Construction is scheduled to begin in early November and finish by June 2021. The Petersburg Library Foundation has been engaged in the donation process for the center since May 2019.

Henrico County is seven months into construction of its Woodman Road roundabout project. The single-lane traffic circle will be the first in the county, replacing the current intersection of Woodman and Greenwood with an extension of Woodman to U.S. Route 1. The $5.7 million project is scheduled for completion in August 2021.

Gov. Ralph Northam announced the planned Ashland-to-Petersburg multiuse trail will be called “Fall Line Trail.” The 43-mile paved biking and walking trail includes a seven-and-a-half-mile stretch through Henrico County, which plans to build its portion in multiple phases within four to five years as funding becomes available. The Henrico stretch will run between Bryan Park and the Chickahominy River.