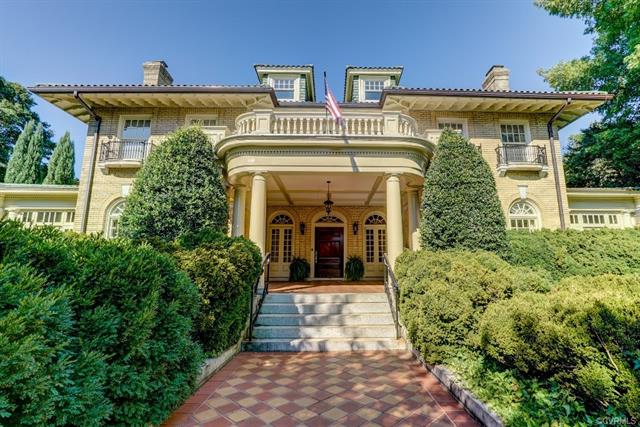 Mediterranean-style abodes were all the rage in October among million-dollar homebuyers, as two Italianate houses built in separate centuries topped the list of the highest-priced home sales in the region that month.

Landing in the top spot was 900 Westover Road, a century-old home overlooking Byrd Park’s Shields Lake that sold Oct. 28 at its listed price of $2.65 million.

Joyner Fine Properties’ Karen Stephens had the listing, which hit the market Aug. 12. The sellers were Amy and Steven Williams, a lawyer couple who renovated the 8,200-square-foot house since purchasing it a decade ago for $1.05 million. The latest Richmond assessment valued the nearly ¾-acre property at $1.83 million.

Stephens said the house was put under contract in a day. She said agents who toured the house were awed by its appearance and renovations.

“I still have people stop me and say it’s one of the most beautiful houses they’ve ever been in,” Stephens said. “It’s great to see it go to somebody that will take care of it.”

Built in 1922, the five-bedroom, 4½-bathroom house was designed by architect Isaac Skinner for James Crass, founder of the Central Coca-Cola Bottling Co. It also headquartered the Boy Scouts of America’s Robert E. Lee Council, now known as the Heart of Virginia Council, from the late 1950s to the early 1990s.

Regarded as a standout example of 20th century architecture, the renovated brick house features a portico that opens to a center hall and curved staircase. The property includes a carriage house with additional space for guests, a playroom and a two-car garage. Outside, a swimming pool separates the structures from gardens, a terrace and fountains. 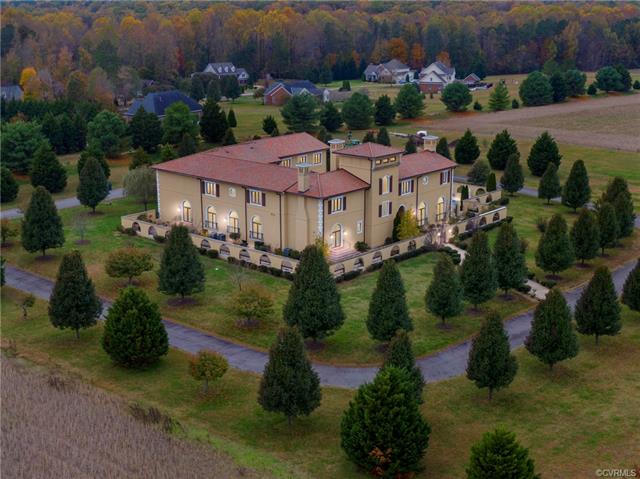 The house at 9988 Wintercrest Drive near Ashland dwarfs its neighbors beside Taylor Park.

Coming in at No. 2 on the list was 9988 Wintercrest Drive, an Ashland-area home built nearly nine decades later that sold Oct. 8 for $2.1 million, below its December 2019 list price of $2.2 million.

Keller Williams’ Jim Doyel and David Wright had the listing, representing sellers Antonina and Sal Vitale. Sal is a restaurateur and investor who co-owns Dolce Vita Italian Restaurant in Midlothian with son Michael Vitale. Doyel said the couple are downsizing in the area.

Hanover County property records list the buyers as Harneet and Sarbjit Jaswal. They were represented by Aekta Chawla with Zriliant.

The Jaswals own Kaur Fuel & Grocery Inc., a Blackstone-based entity with multiple gas station-convenience store locations in the region. Chawla said they were drawn to the property for its size and proximity to their business operations, as well as its similarity to homes in their native India.

“The buyer wanted something similar to what they had where they originally came from, and the design of the house, it was kind of like how we have big, big homes back in India,” Chawla said. “It was very similar to that, which was the biggest drawing factor to the property, and then the amount of land it had.” 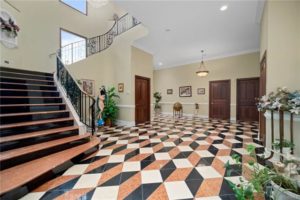 Imported marble tile flooring stands out in the foyer and hallways.

Chawla said the Jaswals are relocating from a considerably smaller home they’ve lived in on the Southside. She said the couple had been considering the property since it was listed nearly a year ago.

“We tried to get it in April; we didn’t get it,” Chawla said. “We started to look at some other properties, but it’s what you like the first time that always comes back and haunts you.”

The stucco-sided structure wraps around a central courtyard with adjoining pool, and a driveway encircles the house that also is bordered with an exterior wall with arches. Imported marble tile flooring decorates the foyer and hallways, and a marble staircase leads to four upstairs bedrooms, each with an en suite and two with balconies overlooking the courtyard.

The house also includes a rec room, three fireplaces, an attached three-car garage and an elevator.

The Wintercrest deal is the second time Chawla has landed in the monthly top five in recent years. Last year, also in October, she represented the buyers of a house in Wyndham that placed No. 3 on the list at $1.49 million. She launched her Zriliant brokerage, which is based in Innsbrook, in 2015.

Rounding out the top five deals for the month, according to the Central Virginia Regional Multiple Listing Service, were three sales that each came in at $1.8 million:

The 900 Westover house is absolutely spectacular. I’m not surprised it sold in a day.