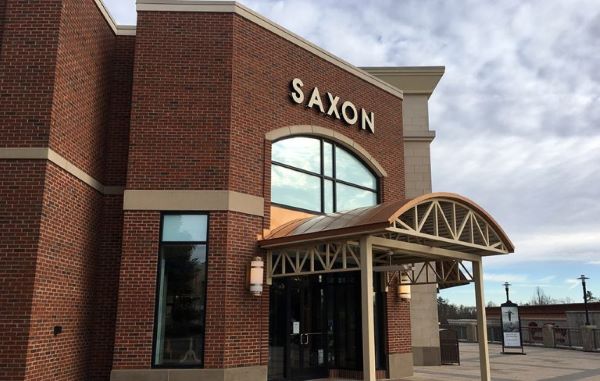 With a reorganization plan in the works to help it stay in business and avoid liquidation, Saxon Shoes owner Gary Weiner is feeling more upbeat about its future.

The 65-year-old company, a fixture of the Richmond retail scene, filed for bankruptcy protection in August after it was pummeled by the coronavirus pandemic. The Henrico County-based chain was one of many retailers that have struggled as a result of extended temporary store closures and other economic disruptions.

Upon filing Chapter 11 this summer, Weiner said fall looked like it would be a rout, the spring had an uncertain outlook and talks with landlords and vendors were a challenge.

Speaking Tuesday, Weiner’s tune had changed. Black Friday was a success, foot traffic has picked up and the company’s revamped website has seen sales increase as much as 15 fold. And he’s more optimistic about spring sales. The company also has renegotiated the leases for its two stores at Short Pump Town Center and Spotsylvania Towne Centre.

“We have been able to renegotiate two strong and appropriate leases,” Weiner said. “We loaded both stores with new products for the fall. We’re planning a lot of orders for the spring.”

The company last month filed its Chapter 11 reorganization plan, which would allow it to restructure its debts and make payments to creditors through 2023.

The proposed plan, which must still be approved by creditors and the bankruptcy court, provides for a payout of no less than 10 percent of the company’s estimated $1.9 million in general unsecured debt.

The reorganization plan says it has enough cash over the course of the plan’s timeline to make required payments. Financial projections show the debtors will have access to roughly $600,000 through March 31, 2021. The final plan payment would be paid by March 31, 2023, according to the Nov. 12 reorganization filing.

In arguing in favor of the plan, Saxon states in the filing that reorganization is a better bet for creditors than liquidation based on the fact that its main asset is its inventory, which has a liquidation value of $1.1 million. That amount plus bankruptcy expenses would net less for creditors in the end, the company argues.

The reorganization plan is scheduled for consideration at a hearing on Jan. 5.

Saxon is represented in its bankruptcy by attorney Paula Beran of Tavenner & Beran.

Saxon plans to keep its store in Short Pump Town Center as well as its store in Fredericksburg open, Weiner said. The company, which in addition to footwear also sells accessories and handbags, was founded by Weiner’s parents in 1953.

“As tough as it’s been, it’s great to see who’s out there and how much we have learned through this process,” Weiner said.

Saxon Shoes is a leader in Central Virginia retail. Innovative, customer-centric, just a great company all-around. Wishing Gary and all the employees the best during this trying time.