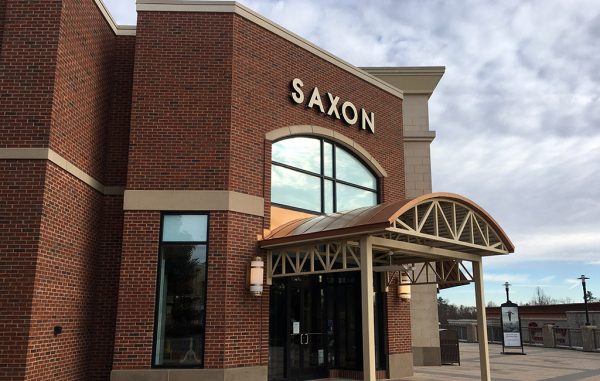 Saxon Shoes, a decades-old fixture of Richmond’s shopping scene, has filed for Chapter 11 bankruptcy protection. The Henrico County-based shoe retailer has two stores, one in Short Pump Town Center and another in Spotsylvania Towne Centre in Fredericksburg.

The Chapter 11 filing, made Friday in Richmond federal court, will allow the business to remain in operation while working with creditors through a reorganization plan. Its two stores remain open for business.

Saxon is yet another casualty of the coronavirus pandemic’s economic disruptions, which have hit retail particularly hard.

Weiner said the company opted for bankruptcy because there didn’t appear to be a way forward otherwise. Fall is shaping up as a wash, and it’s unclear what next spring might look like, he said, adding that negotiations with landlords and some vendors were going poorly.

Saxon Shoes owes Short Pump Town Center about $217,000, according to court filings. It also owes about $62,000 to Spotsylvania Towne Centre.

Among its other larger unsecured creditors are a handful of shoe companies, including almost $47,000 owed to New Balance and $49,000 to Wolff Shoe Company. Atlantic Union Bank also is listed as one of Saxon’s larger initial creditors, owed $300,800.

“We think the fall season will be very tough because a lot of manufacturers will be unable to deliver or deliver on time. And there’s still a coronavirus and there’s a lot of kids who aren’t going back to school so the back-to-school business is pretty much not happening the way we expected,” Weiner said.

Sales were virtually nonexistent in mid-March and April, he said. Business ticked up in May and June, though still well below last year.

“It’s hard just getting back to 50 percent of last year,” Weiner said.

The company reported $7.4 million in gross sales and $2.8 million in total income in 2019, according to a tax filing included in its bankruptcy filing. The company posted a loss of about $665,000 for the year.

But Weiner is optimistic that Saxon Shoes will come out on the other side of bankruptcy intact. He said there aren’t plans to permanently shutter either of its stores.

“Our mission and our goal are to survive and grow again,” he said. “Our hope is to be selling shoes for years to come.”

Weiner’s parents, Gloria and Jack, opened the first Saxon Shoes at 410 E. Main St. in 1953. The company bounced around town over the years. In the 1960s, the store moved to the Libbie and Patterson part of town. Gary started to lead the company in the 1980s. Saxon Shoes moved to Regency Square in 1989.

Saxon Shoes moved into Short Pump Town Center in 2005, initially occupying a two-story, 26,000-square-foot spot before it downsized to the upstairs portion of the space within the last couple years. It was around that time Saxon Shoes entered the e-commerce market. The company opened its second location in Fredericksburg in 2009.

In addition to footwear for men, women and children, Saxon Shoes sells handbags and accessories.

Saxon Shoes is represented in its bankruptcy by attorney Paula Beran of Tavenner & Beran.

The company joins a growing list of retailers that have sought bankruptcy protection in recent months.

Stein Mart, Tuesday Morning, New York and Co. and Sur La Table are other companies that have declared bankruptcy in recent months. Nordstrom, though not in bankruptcy, recently closed its Short Pump Town Center location.

I grew up going to Saxon and I had fond memories of the place probably because it meant I was about to get new shoes before going over to Regency Square for new clothes. However, I am not sure COVID-19 is their reason for going under. They lost me as a customer ages ago due to their service and selection not being what it once was. On more than one occasion 8-10 years ago while I was looking at shoes I could not get anyone to help me. The salespeople only seemed to give attention to the 65+ crowd when… Read more »

For Richmond, I’m relatively new to the area at only 22 years. Having said that, it quickly became clear that Saxons is one of a few family businesses that have been a fabric of the retail community. The family I know and met are all great people. I hope, despite e-commerce and COVID as well as the on-going challenges to meet customer expectations, that Saxons will be able to emerge re-structured to adapt and deliver the same great product and experience.