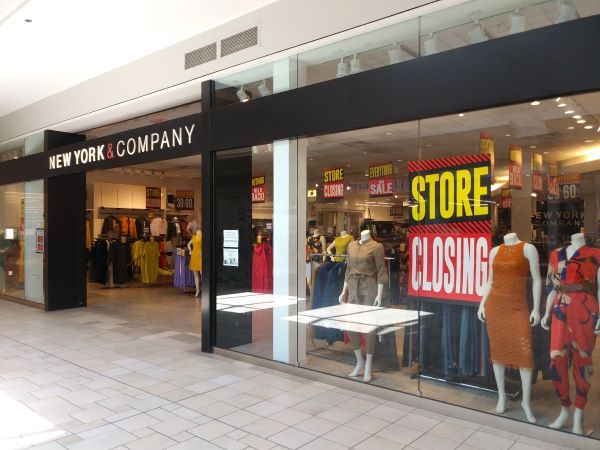 New York and Co. is closing both of its locations in the Richmond area amid its parent company’s bankruptcy proceedings. Pictured here is the clothing chain’s store at Chesterfield Towne Center. (Photos by Jack Jacobs)

A women’s clothing retailer will shut down both of its Richmond-region stores as its parent company declares bankruptcy.

The company owns New York and Co. along with other brands, and announced it would close “a significant portion, if not all, of its brick-and-mortar stores.” 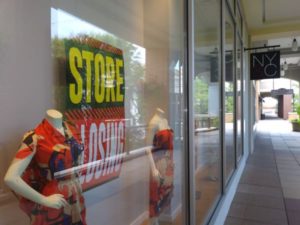 RTW is a publicly traded company with about 378 stores in 32 states. It has 18 New York and Co. stores in Virginia, according to the company’s website.

The company said its bankruptcy filing was related to economic disruptions brought on by the coronavirus pandemic amid general challenges in the retail sector.

The departure of New York and Co. from Richmond comes amid a larger culling of malls’ tenants.

Nordstrom announced in May it would permanently close at Short Pump. The anchor tenant had moved out of its 120,000-square-foot space by mid-July.

If you find this article of interest then look at my LinkedIn posts of today and Tuesday that provide similar information regarding the restaurant industry and overall small businesses. #restaurantindustry #COVIDclosures #COVIDsmallbusiness https://www.linkedin.com/in/samuel-g-nelson-mba-mai-3aa25a90/