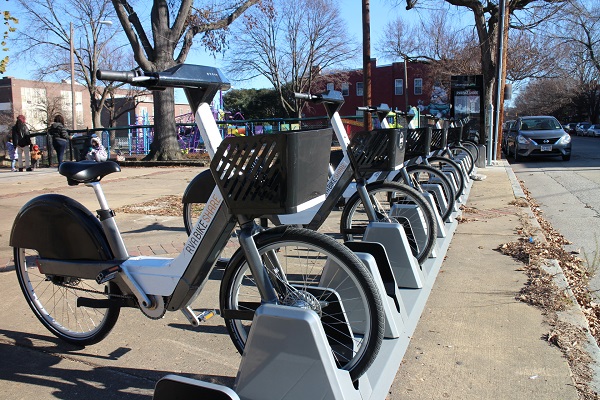 Two years after it got underway, a long-planned expansion of Richmond’s bike share program has been further prolonged by the effects of the pandemic — which has likewise shifted the program’s usage to a lower gear.

But recent funding commitments from the city to keep the program going are providing a clearer road ahead to seeing the expansion through.

Launched four years ago, RVA Bike Share has long been lined up for a second implementation phase that would double the size of its fleet to 440 bikes and 40 dock stations. That $1.5 million expansion started rolling out in 2019. But two years later, the program’s station count remains around 20 — with two of those stations currently closed due to damage or other issues.

Efforts to convert the 220-bike fleet to electric-assist models, and to connect the stations to power grids for bike recharging, have been underway during that time. But the arrival of the pandemic has made that process slower, and also has caused a reduction in ridership, according to data provided by the city.

“The pandemic has slowed the rollout of Phase 2,” said Sharon North, until recently the spokesperson for the public works department, which administers the bike share program through its recently created Office of Equitable Transit and Mobility.

North, who has since taken a job with Fairfax County, said in December that the office is in the process of completing power grid connections for a few stations that remain to be hooked up. All of the 17 stations in use are able to accommodate the electric-assist, or PedElec, bikes, though some charging stations are currently powered by battery.

While additional stations and bikes remain planned, North said the office is developing a pilot program for an initial expansion “with a focus on disadvantaged communities where residents have either limited or no access to a vehicle.”

“The pilot program will roll out first, followed by an enhanced Phase 2 expansion,” North said in an email. “To facilitate the expansion, the Office of Equitable Transit and Mobility will do community outreach in coordination with non-profit groups focused on active transportation, to determine the remaining station locations. The goal is to develop an equitable system of 440 bikes and 40 stations.” 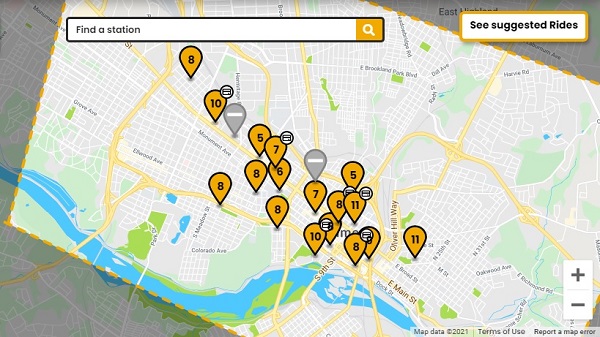 A map of existing bike share stations. Closed stations are in gray.

The city has previously said that new stations would be located as far as Carytown, Byrd Park, Arthur Ashe Boulevard/Museum District and Manchester, expanding the program’s reach from its current, primarily downtown footprint. That footprint currently reaches as far as Scott’s Addition, Randolph and Union Hill.

The second phase had been planned to get underway while the program was still being funded primarily with a grant from the Federal Highway Administration’s Congestion Mitigation and Air Quality Improvement Program. The city used that $1.06 million grant, along with $280,000 in capital improvement funding, to launch the program in 2017, with the grant covering equipment purchases and operations through 2019.

With the grant funds depleted, the city is now leaning on its Shared Mobility Devices Program, which it uses to grant permits to e-scooter and bicycle companies like Bird and Bolt Mobility that operate in the city. Revenue from the program is being used to support RVA Bike Share going forward, along with funding from the Central Virginia Transportation Authority and in the public works budget.

RVA Bike Share’s annual cost is currently $348,800, which goes toward paying Canada-based vendor Bewegen to provide and maintain the eight-speed bikes that are managed by a subcontractor. The program is funded with over $136,000 in Shared Mobility permit fees, $180,000 in public works funds and more than $32,000 in bike share revenue, which comes from user fees, memberships, and dock station sponsorships and advertisements.

Ridership has dwindled during the pandemic, though numbers provided by the city show usage started going up as 2020 progressed.

Following the pandemic’s arrival in mid-March, RVA Bike Share was suspended through May, contributing to lower numbers last year compared to previous years. But since resuming in June, the program has been adding hundreds of new memberships monthly and clocking thousands of trips and total miles ridden, albeit at lower levels than in 2019.

Data from Bewegen status reports show that from August to October, the last month for which data was provided, total trip numbers ranged from 20 to 46 percent lower than the same months in 2019, while total miles ridden were 17 to 50 percent lower. Prior to the pandemic, in February last year, ridership and miles were both up more than 100 percent over the year before. 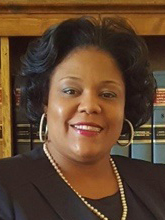 Dironna Clarke, the city’s multimodal transportation manager who was appointed to lead the Office of Equitable Transit and Mobility when it was created last fall, said the growth in prior years shows “present and burgeoning” enthusiasm for the program and for bike riding in general in Richmond.

“In spite of the RVA Bike Share’s statistics, in general, bike riding in Richmond has seen unprecedented increase in interest,” Clarke said, noting that several local bike stores have reported selling out of their stock throughout the pandemic.

Clarke said the decrease in bike share usage can be attributed to government guidelines against publicly shared items, individual apprehension over sharing bikes, and government-mandated curfews and stay-at-home orders.

“In a lot of cities, COVID drove bike share usage. At first, people were scared to touch hard surfaces. But eventually it became that you didn’t want to be on a bus or subway with strangers, so that drove bike share. In places like New York City, it’s booming,” Lugbill said.

While ridership remains less than it was, Clarke said the bike share’s growth before the pandemic bodes well for the program going forward.

“Based on previous trends, we can conclude that when/if customer confidence towards RVA Bike Share returns, then the program will see the user base increase once again to new average monthly highs.”

Perhaps Ms Clarke can get the newly built bike lanes on Patterson cleaned up. Why spend limited $$$ on bikes lanes just to let them collect leaves, sticks, tree limbs, and other rubbish which makes the lanes useless to cyclists and it forces them back into the traffic lane.

Sweeping barely happens anywhere the lanes are installed. Look at the Fairfield Way. It routinely has broken glass on it. Some sections that are around CSO get swept 2-3 times a year.

So in summary pre-pandemic they blew through the initial phase funding, are planning something for LMI neighborhoods, and don’t except any real expansion plans or dedicated funding. They hope for the best.

If I am reading correctly in 2018 they had 220 bikes that went a total of 28,200 miles? On average that is slightly more than 1/3 of a mile per day, per bike. Those are very poor numbers. At 9mph that means each bike was being utilized 2.5 minutes per day. Another example of failed public transportation. (Failed meaning a very poor return on funds invested).

Obsolete. The Bird/Bolt business model disrupted fixed charging stations. Everywhere. Richmond is lucky enough to have only just begun investment. Good leadership would recognize this, freeze the program, limit losses, and get aboard managing the new situation. Incompetent or even corrupt leadership might double down, and try to keep the this alive by taxing the new technology.

Yes, but these bikes are much larger and heavier than a scooter. I’m not familiar with any on demand bike rental that manages a charging program like Bird or Bolt. Scooters are picked up by the dozens by people who get paid to charge them in their homes. If you have a truck, you can maybe get 4 in the back, but you can pile up 20 s cooters.

I understand that the subcontractor is no longer managing this contract.